The revolutionary good news of Jesus 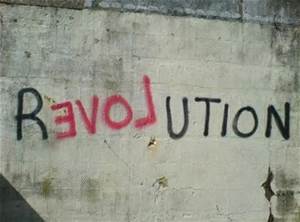 “The Spirit of the Lord is upon me, for he has anointed me to bring Good News to the poor. He has sent me to proclaim that captives will be released, that the blind will see, that the oppressed will be set free, and that the time of the Lord’s favor has come.” Luke 4:18

Why is this a revolutionary agenda? Because it announces that God is on the side of the little people — people with issues — people on the hurting side of life, those left holding the short end of the stick. Since when are we championing the poor, the captives, the blind and the oppressed? Since Jesus came.

This is why Matthew spiritualized these classifications so that those on better economic footing could nonetheless grasp their spiritual poverty, though it might be harder for them because we all can be so easily blinded by our comparative wealth. The Pharisees would certainly not have seen themselves on this list. Their spiritual pride would have kept them from identifying with any of this poverty, blindness and especially oppression, since they were the ones oppressing the people with so much religious folderol.

Poor in Spirit, blind to the truth, slaves to sin and oppressed by the devil — there isn’t anyone who doesn’t belong on this list except for those who think they don’t, in which case, they are disqualifying themselves from Jesus. Jesus did not come for the righteous, but for sinners.

When Jesus sets you free, you are free indeed, and in good company. That’s the revolutionary good news of Jesus.

This week we have been exploring the revolutionary nature of the gospel. Next week we will return to our story of Saint Ben, who was a revolutionary in his own right, as we continue to offer an autographed print version of Saint Ben as a ‘Thank You’ for your contribution to the Catch.

This entry was posted in revolution. Bookmark the permalink.

5 Responses to The revolutionary good news of Jesus