Be a truth warden 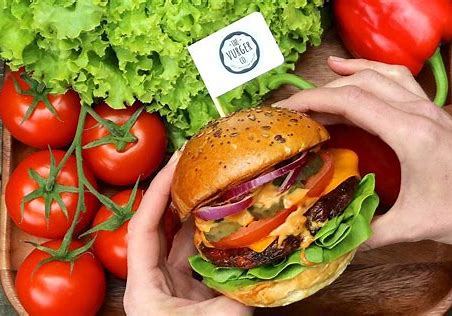 Chandler has been on a vegan diet for over two years now. It makes cooking at home and take out, as well as eating on a trip such as we are on right now, a real challenge. We either have to find restaurants that have some vegan options so we can both order what we want, or, what he really gets excited about, are totally vegan restaurants, in which case, I eat vegan too. And I must say, they are getting incredibly sophisticated about plant-based foods these days.

They even have vegan fast food now. I kid you not. Last night we ate at a vegan version of McDonalds. Fries, chicken strips, single and double burgers, chicken sandwiches, shakes — the whole deal. And — here’s the thing … it’s really good. Way superior to McDonalds. I’ve had three hamburgers so far on this trip, and last night’s was by far the best. So you can be vegan and get pretty much anything you want by way of meat, cheese and even egg dishes.

Vegans and vegetarians put a high priority on health, but don’t you wonder what they put in these plant-based foods to give them the taste and texture of meat? How do you know if that’s good for you? I guess you have to trust the F.D.A..

So it is with false teachers. If they’re going to lead you astray, they’re not going to make their enterprise look evil. They’re going to make it look like the real thing. Satan disguises himself as an angel of light. He doesn’t show up in a red suit with a pitchfork. That’s why Paul warned about false teachers and commended the Bereans because they checked the scriptures daily to make sure Paul himself was sticking to the truth. We all have to be experts in the truth. There is no spiritual F.D.A.. You’ve got to check me out by the scriptures as well as everybody else. If more Christians were responsible to the word of God there wouldn’t be so much hate and judgment going on in the name of Christ, or people sucked into health and wealth promises that distort the will of God. And as we near the end, false prophets and teachers will be on the rise. Don’t take my word for it. Chandler wants to be a game warden. So be your own truth warden.

In the meantime, you really should try out some vegan. It’s almost better than what it’s trying to be.

To Our Catch Community Citizens:

In these challenging times, our Congress passed a sweeping stimulus package to throw a buoy to the economy that is sinking under the coronavirus outbreak.

For those within our community who have been greatly impacted, this is an essential lifeline for keeping their families fed and housed during the outbreak and the resulting economic turmoil.

Beginning as early as March 2020, a consequence of the pandemic continues to be a consistent increase in the Catch Ministry’s services of care while contributions from those in need have significantly decreased by more than 30% overall.

For those who are afloat and may not need the extra cash to tide them over until this outbreak passes, we ask you to come along side us to extend the Catch Ministry’s beacon of hope, the only one many can see in their sometimes dire struggle to live out their convictions and their relationships with Christ or the anchor the Catch represents for those who respond in very personal ways to the Gospel of Welcome — Grace Turned Outward.

This entry was posted in discipleship and tagged discipleship, truth. Bookmark the permalink.

2 Responses to Be a truth warden