‘Make disciples of all the nations’ 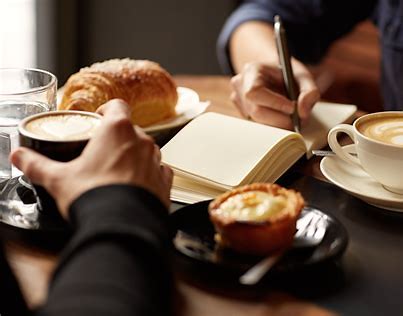 Jesus came and told his disciples, “I have been given all authority in heaven and on earth. Therefore, go and make disciples of all the nations, baptizing them in the name of the Father and the Son and the Holy Spirit. Teach these new disciples to obey all the commands I have given you. And be sure of this: I am with you always, even to the end of the age.”                        – Matthew 28:18-20

When my wife first became a Christian at 26, she heard that you could hear personally and directly from God by opening the Bible and putting your finger on a verse — any verse. This actually works for some people, sometimes, and for a brand new Christian with a simple, real faith, and an eagerness to hear from the Lord, I have no doubt that the Holy Spirit was in on this one. How else would you explain that her finger randomly landed on one of the most important verses in the New Testament — Christ’s commissioning of His disciples prior to His ascension into heaven (Matthew 28:18-20). It’s been her life verse ever since.

And what you have to understand about this is that Marti takes it as a personal challenge to her to “make disciples of all the nations.” And I’m not being cute about this. If you know Marti at all, you realize this is serious business. She was a fight attendant at the time for an international airline so access to the world was not unthinkable. She made a “deal” with God: “If I bring you the airlines, can I then have the world?”

So she went to work forming Fellowship of Christian Airline Personnel (FCAP) chapters beginning in Los Angeles, Seattle, and San Francisco, and then linking those cities with other domiciles around the world. She was on her way. There are one too many stories to tell you about her ‘preliminary assignment’ that spanned over the next 4 years except maybe to say there were thousands of pilots, mechanics, and flight attendant whose lives were changed forever, never mind their passengers who were trapped at high altitudes by Marti’s army of disciple-makers.

With boot camp behind her, the Lord would give her the world, beginning with a vision of a man hovering over a circus net — a net that had no corners with mounting poles and seemed to go on forever. Someone gave her a copy of “Still Life,” one of my early albums. She tells me she never knew anything about me and did not even listen to a tune on the album because she never took the record out of its sleeve.  (That has always hurt.) But she did see that the person on the cover of the album was the person in her vision hovering over that endless web. That person was me.

Circumstance or whatever, a year or so later, friends from two different cities introduced us to each other. We were at Mount Herman, my territory. But not this time. I was merely the entertainment scheduled for one of Marti’s last FCAP conferences. It was 1974, and, might I add, the internet was pretty much a mystery to most of us and certainly not a household term. Marti, however, connected to the three initials: www or “world wide web.”  Reaching the whole world was never beyond her reasoning.

After all of the years between the Lord fulfilling his promise to Marti and the incorporation of the Catch Ministry as a CyberChurch in 2012, he assigned her further training assignments — working in executive management positions in national corporations and in her own company called … get this … Destination Marketing. Always developing disciples. Always proclaiming to others to “Go!” into all tribes within all nations. Always requiring action: “Train and then get going.”

During this season of disciple-making, Marti met influential business men who loved the Lord — people with incredible natural gifts and several who were operating out of their spiritual gifts. The latter she introduced to me and my rapidly growing people of influencers, and then, all of a sudden — together — they donned their construction hats and began building what today is the Catch Ministry, with a prayer ministry pastor and prayer warriors to cover the ministry and its community; a volunteer force of 400 experts in various areas of expertise; and some 20,049 known disciples serving in 143 countries introducing the Gospel of Welcome — Grace Turned Outward — to Everyone, Everywhere.

Since the early days, discipleship has been a simple matter of multiplication — 2 by 2 by 2 by 2 by 2 and onward. Always has been — and always will be within the body of Christ and the Catch Ministry.

And now … may we have the drum roll, please …

Ladies and Gentlemen of the Catch Ministry community, please welcome our newly-appointed Director of Discipleship, John Shirk. You will be hearing a lot about John in the days to come as he leads discipleship groups and trains other leaders to do likewise. We are very excited about the expansion opportunities John is going to introduce to all of us.

You belong to a real community of flesh-and-blood people in a virtual but real community with other people whose primary meeting place is in synthetic space.  We know that it is not where we meet, but that we meet that glorifies Him.

In the end, a local Christian community could never really reach the whole world. 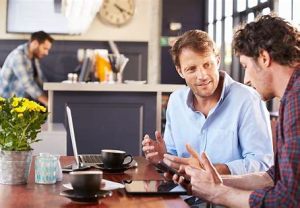 1 Response to ‘Make disciples of all the nations’