Jesus was a Capricorn

Jesus was a Capricorn 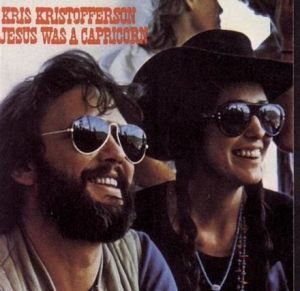 He believed in love and peace

And never wore no shoes

And a funky bunch of friends

Reckon we’d just nail him up

If he came down again

‘Cause everybody’s gotta have somebody to look down on

Prove they can be better than at any time they choose

Someone doin’ somethin’ dirty decent folks can frown on

If you can’t find nobody else, then help yourself to me

Hippies for their hair

Others laugh at straights who laugh at

Freaks who laugh at squares

Some folks hate the Whites

Most of us hate anything that

Counterculture: A subculture whose values and norms of behavior deviate from those of mainstream society.

Jesus was countercultural. And because He lives today through the lives of those who follow Him, you could therefore say that Jesus is countercultural. His message was, is, and always will be counter to the prevailing mainstream society. This is largely because what He represents and asks of us goes counter to human nature. This is not true just for certain people; it’s true for all of us with maybe one exception. The poorest of the poor may get it right away, after all they are the ones Jesus says are blessed.

Should a subculture claim Jesus as its leader while maintaining virtually the same values and norms of behavior as the mainstream society around it, then one can assume that the message has been significantly altered. If Christians are unfamiliar, even surprised, at the teachings of the Sermon on the Mount, then you must ask which “Jesus” are they following? If Christians bully, condemn others and claim the right to defend themselves, they have clearly found another Jesus to champion their causes.

Meanwhile all who truly follow Jesus will find it hard to do. Not because He asks so much of us (He does), but because what He asks of us runs counter to our natural inclinations. No one can be aloof to any of this. No one can claim to “get it” — to be countercultural and cast judgment on those who are not. This is one time you want to be on the bottom. Kristofferson got it right.

‘Cause everybody’s gotta have somebody to look down on …

If you can’t find nobody else, then help yourself to me.

MIKE MCCAUSLAND
Mike is the Founder and CEO of the Leadership Institute For Entrepreneurs (LIFE). LIFE is focused on equipping entrepreneurs with the skills to create, build, fund, grow, and scale their businesses through content, courses, coaching, capital, and community.
Mike started his career as an NRC licensed nuclear power plant Reactor Operator and then moved into training design and delivery. As the power utilities began to deregulate he formed a consulting company focused on rapid, large-scale change management and culture transformation.
On the non-profit side, Mike was a Founder and the Executive Director of a non-profit operating in more than 150 countries over a 15-year time span. During his tenure, the organization launched two global networks; one focused on business development and the other on disaster preparedness and response.
Mike has a strong faith-based orientation to business. He also has a prophetic gift to see the current culture in terms of the past and the future. We will be asking Mike to help us make sense of the current cultural chaos.

This entry was posted in Jesus, Justice, racism and tagged counterculture, Jesus, racism. Bookmark the permalink.