‘Stuck in the Middle with You’ 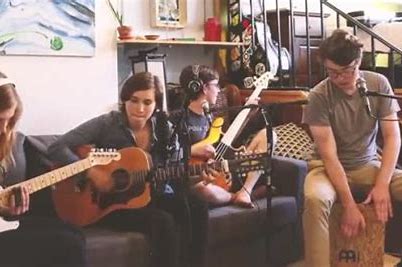 Clowns to the left of me, jokers to the right

Here I am stuck in the middle with you.

Our friend made a comment yesterday that made me laugh. It also made me think of a silly song that suddenly had new meaning in the currently polarized landscape in which we live.

John Shirk works as a “missionary” to poets and artists in downtown Chicago. He walks a fine line between his mostly conservative Christian constituency that supports him on one side, and the mostly liberal artists he lives among on the other. His comment was that he often feels alone, caught in the middle between two factions. “I’m not conservative enough for my friends on the right and not liberal enough for my friends on the left. I’m stuck in the middle.”

I immediately thought of the Stealers Wheel 1972 song, “Stuck in the Middle with You.” If there are clowns to the left of us and jokers to the right what does that say about us who are stuck in the middle? How about knuckleheads, or nincompoops, or nitwits? To be stuck is the worst part. Stuck means you are going nowhere.

John may feel stuck, but he is not. He is one of the few people I know who is actually going somewhere. He’s attending our Wednesday night study; he has bought into the church we are forming, claiming his gifts of leadership and volunteering to lead a discipleship group, this, on top of an online church he is already leading from his own home, and an open mic session he is starting online with inner city artists in lieu of the shut down of the local bar where they usually meet.

Actually John is in a unique position to be a bridge between the “clowns” and the “jokers” and everyone in between because that’s what we do in the body of Christ. We bring believers together to preserve the unity of the Spirit in the bond of peace. And what a time to do it — when there’s so much division that we can all bridge. Come on, everybody, get into the act. We’re all just a bunch of clowns and jokers and nincompoops, all loved by Jesus Christ and all forgiven and one in the Spirit of God. Whatever is supposed to divide us is not stronger than this!

So if you’re feeling stuck in the middle, don’t. First, appreciate the diversity of all of us, right to left and in between; second, have lots off great discussion with one another because we are so diverse; and third, embrace the unity that we already have because the Spirit lives and loves in us all. We are already one because of that Spirit. That oneness will show up every time we come together whether in real time or cyberspace.

For a surprisingly good YouTube rendering of the 1972 song, “Stuck in the Middle with You” by four Gen Xers, click here. Proof that the kids like our music. They nailed it. This is in some ways better than the original.

Randall Herbert Balmer is an American historian of American religion. He taught at Barnard College and Columbia University for twenty-seven years before moving to Dartmouth College in 2012, where he was named the Mandel Family Professor in the Arts & Sciences. He is currently the John Phillips Professor in Religion at Dartmouth. He is also an Episcopal priest.

Solemn Reverence: The Separation of church and state in America.

This entry was posted in body life, church, Millennials and tagged body of Christ, unity. Bookmark the permalink.

9 Responses to ‘Stuck in the Middle with You’