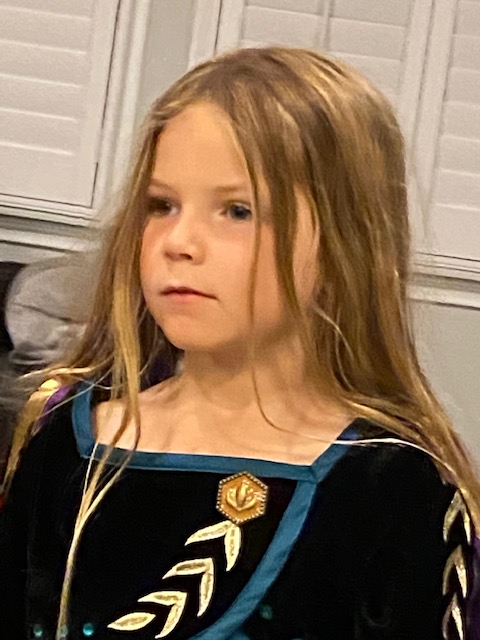 A funny thing happened to me this time on the way to the Catch. I ran into Princess Anna of Arendelle. Not the animated version from the Disney movie, Frozen, but the real princess — the younger sister of Elsa, the Snow Queen with the magic powers. You might know that it was those powers that got Elsa and her kingdom into all kinds of trouble, but it was Anna’s determination and love that broke the spell and finally saved the day. Anna has no special powers except for the power of love, which, as we learn once again, is the greatest power in the world.

For Anna, it wasn’t just love, but sacrificial love in which she gave her life for her sister and her kingdom, and true love that brought her back to life. (Where have we heard that before? Why is this the theme of just about every great story in the world? Because it is your story and mine and the story of God’s immeasurable love for us. Take Jesus and God out of it, we still tell the story. We just can’t help it. We know it in our bones.)

So I guess it wasn’t as much a funny thing that happened on the way to the Catch as it was a charming thing. Anna just took us all by surprise with her genuineness, sincerity and optimism. As soon as she donned her royal costume, she was years older — an old soul, already feeling the responsibility of her legacy. You can see it in her face. She wore it like it was meant to be. Let Elsa have her kingdom, her crown, and her special powers, Anna will be the one who will save the kingdom through the greatest power in the world — the power of love.

Marti had this Anna of Arendelle costume for weeks to give to our granddaughter, Jocelyn, but the COVID-19 sheltering kept us apart. Finally, the moment came, and little Joci did not disappoint. Marti was more excited about giving this gift than Joci could possibly have been receiving it. But she got close. The two of them are quite a pair. Marti has finally met her match. 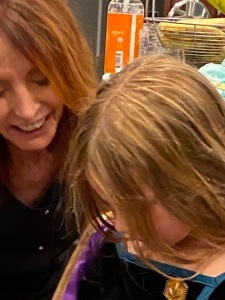 3 Responses to Anna of Arendelle