One of our readers sent me this Catch this morning originally posted March 1, 2019. I’m not sure why he did, but I’m glad he did, especially as we are more aggressively building our own church now. So thank you, Ed, for drawing our attention again to looking into what’s coming.

Okay, I’ve been dancing around this most of my life, but I’m finally ready to come out with it. Blame it on my wife, Marti. She’s been saying something’s coming for some time now and I’ve been going, “Sure, sure.” But have you noticed how anyone who has either become a Christian during the Jesus Movement or experienced any kind of ministry during that time, cannot stop thinking about it? Like the scene in Close Encounters of the Third Kind, where Richard Dreyfuss builds a model of a mountain in his living room and doesn’t know why — he just had to do it — why does the Jesus Movement sit in the living room of anyone who experienced it? This is not “ho hum, time marching on.” Nor is it just a bad case of nostalgia. No … something really happened, and something’s coming back, and you can think I’m nuts, you can humor me, or you can join me, but that’s where we’re going.

It’s a little like the early church — something came out of nothing. Suddenly there were believers everywhere and a church. It wasn’t church planting, it just happened. It didn’t fit into any existing structure; it built its own. One day it wasn’t here, and then the next day — one day after Pentecost — there it was. Yes, the Jesus Movement was like that, and I’m not just inflating my memory. This is why, by the way, the Jesus Movement relied so much on the early church to explain itself. This is why we baptized peopled in public, why we found elders to lead the church, why we found people with gifts of apostleship, evangelism, prophesy, and pastor-teaching, and sent them off to do their jobs without anything but their Bibles. We were crazy. We were nuts. We were drunk on the Holy Spirit and in love with Jesus.

But it didn’t take long for the structure to settle in around everything that was going on, and soon the structure was dictating what to do instead of the Holy Spirit. The church started to operate outside-in instead of inside-out. Eventually the Christian subculture swallowed up the church and the Jesus Movement, but we never went away. Nor did we buy into the system.

This is why so many of the musicians who sprang up in those early Jesus Movement days are still doing what they were doing fifty years ago, they’re just doing it on a small scale while waiting for something big. They’re hanging around the mountain. They don’t know why; they can’t help it.

And finally, this is why we’re connecting with millennials. Because they are the ones who will lead the next revolution. They haven’t bought in either, perhaps for different reasons, but they are holding out for something new. They don’t know what; they just know the current incarnation of the church isn’t it.

So what does this mean for the rest of us? It means we hold fast to what we believe, hold lightly to everything else; watch for what the Holy Spirit does next, and be ready, whatever your age, for anything. And get behind the formation of our online church which is being built to provide a home for the next phase of what God wants to do with His body, the church-at-large.

I asked Ed what prompted him to send me this Catch, and he replied: “I read this a while back and connected. I was saved through the Jesus movement in 1975 with a connection to the Mustard Seed Jesus House in Aurora, Illinois. I too am waiting for a move of the Holy Spirit and trusting the Lord to raise up young voices. I want to be there to help them when the Father breathes on them. Maranatha!”

Ed, we need you for that very reason! Stay tuned, and thank you for stirring things up! 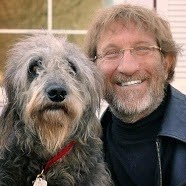 Greg’s the one on the right.

Our guest on BlogTalkRadio tonight was born into an alcoholic family with a speech impediment that terrorized him in school making him the brunt of jokes and ending up in sexual abuse at the hands of an eighth grade bully. Later he would turn to drugs and alcohol to medicate himself before getting saved and working in and around the church, though never really helped by the church. He served in many different ministry-oriented capacities (published a Christian newspaper in Indianapolis, served as Director of Communications for an international mission organization, founded his own communications company where he helped fund many faith-based organizations, served in a ministry to equip pastors and church leaders to minister effectively to the sexually broken and a ministry to prisoners) all the while still struggling with his own past, his inability to forgive himself and continuing addictions. Now, ten years sober, Greg talks about how A.A. is his “church.” [Note: Our show goes live at 2:00 p.m. PDT, but you can listen anytime after that as a podcast.]

4 Responses to ‘Close Encounters’ getting closer