‘Till we meet again’ 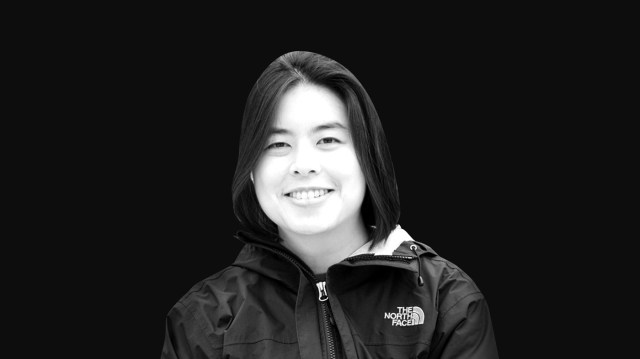 First the title caught my eye. It came in an email I receive through an online Christianity Today subscription. “Died: Joyce Lin, Missionary Pilot Transporting Coronavirus Supplies: The American crashed just months after she started flying in Indonesia.” Then I saw her picture and I was struck by a deep sadness I couldn’t explain. Joyce was 40 years old, but in the picture she looks to be in her twenties.

The article went on to tell how Lin, a pilot with Mission Aviation Fellowship (MAF), was transporting rapid test kits and school supplies to a village in Papua, the easternmost province in the far-flung island chain of Indonesia, when she crashed into a lake. Her body was recovered from 40 feet under the water.

Lin had just completed her first solo flight for MAF in March and had led the drive to procure soap for missionaries and aid workers dealing with the threat of coronavirus, transporting medicine, COVID-19 tests, and personal protective equipment across the area. There were no other passengers on board because of coronavirus flight restrictions. Travel remains restricted in Indonesia, but MAF has permission to fly cargo and people facing medical emergencies.

Still not knowing why I was so drawn to this story, I went on to read how Lin had graduated from the Massachusetts Institute of Technology (MIT) and Gordon-Conwell Theological Seminary, and had planned and trained to become a missionary pilot for a decade. She first interned with MAF in 2010, earned her commercial license in 2015, and moved to Papua in 2019.

“It felt amazing to land the Kodiak on my own for the first time,” she wrote in a fundraising letter last December. “This has been my dream airplane ever since I found out about mission aviation. I landed the Kodiak at both paved and unpaved airstrips and practiced emergency procedures.”

“Before anyone objects to Christians or Westerners changing the way other people live,” she went on to write, “it’s important to know that Papua was not a tropical paradise before the arrival of Christian missionaries. Papuan tribes lived to kill one another. … People lived in constant fear of other tribes and the spirit world.” She goes on to remark how their wholehearted acceptance of Christianity has brought to reality the biblical claim that “perfect love casts out all fear.” (1 John 4:18)

Lin was raised in Colorado and Maryland, the daughter of Taiwanese Christian immigrants. She became a Christian as a child through an outreach program at a local evangelical church. After earning a degree in computer science from MIT and working in IT for a decade, Lin felt called to ministry. At Gordon-Conwell, she discovered missionary aviation: a job that combined her interests in flying, her computer skills, and her call to Christian service.

As I began to discover how smart this woman was, how well-trained in the skills needed in her field, how passionate for the gospel, and how young and vibrant she was, I began to understand why the tragedy of her sudden death had struck me so deeply. I felt somehow connected to her. Being cut down so early in what looked to be a perfect career for her seemed so devastating, and so hard to understand.

“There is a famous verse that Christians like to quote from Romans 8:28,” she wrote in another letter to friends and supporters, “which says God is able to work all things together for the good of those he called according to his purpose. As I’ve looked back on my life, it has been cool to see the many ways in which this verse has been true in this calling to serve in Indonesia.”

Is it true even in her death? Of course it is, though the full answer is beyond us.

Last Tuesday, a small memorial of red roses was left on the runway in the highlands village where Lin was scheduled to land. “Pilot Joyce Lin,” one card read, “till we meet again.”

This entry was posted in diversity, Facing death, pandemic and tagged death, on a mission, pandemic. Bookmark the permalink.

4 Responses to ‘Till we meet again’