Death in the City

How solitary sits the lonely city 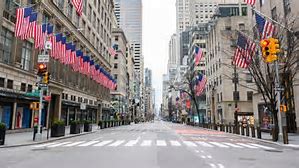 Once, once full of people

Once, once a great nation

She weeps bitterly in the night

Tears are constantly on her cheeks

Among her loves, there is no one to comfort

All of her friends have become her enemies

– from the song, “Death in the City” by John Fischer

These words are from a song I wrote in the fall of 1968; all the words have been taken directly from the Book of Lamentations in the Bible. I was inspired to write this after hearing Francis Schaeffer lecture for a week at Wheaton College in Wheaton, Illinois, on material from that Old Testament book which became the content of his third book, published in 1969 titled, Death in the City.

Many of my classmates and I were gripped by Schaeffer’s lectures and the prophetic nature of his lament over the moral and spiritual death of America he proclaimed in the face of the countercultural upheaval of the sixties. The “death of God” movement and the theological abandonment of the word of God as truth left us as a generation adrift without a rudder. And in the cries of Lamentations, written after the fall of Israel and it’s being dragged into exile by the Babylonian Empire, Schaeffer found a voice for his own tears of compassion over a lost generation. I ran to my dorm room, after being moved by one of his talks, and wrote this song, taking all the words from the poetry in the biblical book of Lamentations.

I bring this up because, in preparing my newly-remastered album The Cold Cathedral that contains this song, I was caught by the immediate relevancy of these words to our current situation: “How solitary sits the lonely city, once full of people.”

How many scenes have you seen lately of a solitary, lonely city? How many empty streets? Even today, on the front page of the Los Angeles Times is a picture of a huge L.A. freeway interchange with maybe three cars visible. How like a widow we appear now, alone and abandoned in the world.

And there is much weeping in the night. 58,000 Americans have now died of complications related to COVID-19 and over a million have been infected. Many carry the virus without any symptoms, unknowingly infecting others. When this will end, no one knows.

We are suffering, but suffering is a part of life. It’s necessary. We all must go through it. The fact that Lamentations is in the Bible, as well as many similar passages in Psalms and the prophetic books, is telling us there is a sacred dignity to human suffering. It is a part of life, and a part of our relationship to God.

The children of Israel being carried into exile was part of the discipline of God. He had an agreement with them. He told them this would happen if they turned away from Him to other gods. He had to uphold His word and His justice, and yet He did not lose His compassion. Though many died, as a nation, He brought them through.

The writer of Hebrews says, “No discipline seems pleasant at the time, but painful. Later on, however, it produces a harvest of righteousness and peace for those who have been trained by it.” (Hebrews 12:11)

America is not Israel. We are not God’s chosen people. But the history of God and His dealings with the Jewish people is full of illustrations of how He deals with us as followers of Christ and as the body of Christ. We do not know why these things are happening. We are not in charge of what is happening in the world, but we are in charge of our response, as we humbly submit to God’s will, and to learning what our solitary cities are here to teach us.

Join me tomorrow as we continue this prophetic look into Lamentations.

JOIN US TONIGHT FOR OUR INTERNATIONAL BIBLE STUDY ON ZOOM

This entry was posted in pandemic and tagged pandemic, suffering. Bookmark the permalink.

2 Responses to Death in the City