Afraid of being well 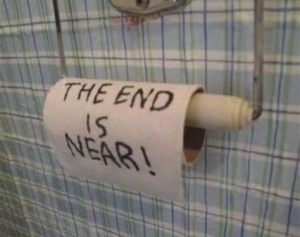 I scored twelve rolls of toilet paper yesterday morning. I was so happy. I had to go to two stores before 8am on a Sunday to find it, but I did. It’s a good thing because I refused to stockpile toilet paper and we were down to our last roll. I still believe this was an artificially-created self-inflicted shortage based on fear that we would run out, and, sure enough, we did. Like the herd instinct that set in when Jesus sent a large number of swine running off a cliff and drowning in the Sea of Galilee, people were just following those in from of them. And by the time thousands of people had run off with two and three shopping carts full of toilet paper, guess what? We had a shortage.

That incident with the pigs took place when Jesus, entering an area for the first time, was immediately confronted by a naked madman who lived among the nearby tombs. Jesus found that the man was possessed by a legion of demons who begged Him to send them into the pigs that were grazing on a nearby hillside instead of into the abyss where they knew they were eventually going to end up. So He did, and as soon as He did, the pigs rushed into the sea and drowned. When news of what had happened hit the town, they all came out to see, and what they found was the crazy man from the tombs sitting next to Jesus, dressed, and in his right mind. And they were afraid.

Now you would think that in viewing this miracle of healing that they would have recognized a man of God and brought out their sick and demon-possessed for Jesus to heal, but instead they were afraid — so afraid that they asked Jesus to leave town.

It was as if they were saying, Look, Jesus, whoever you are, we like our pigs grazing over there on the hillside and our madman over here shrieking in the tombs, so please, just leave us alone. And He did.

Things happen when Jesus comes to town. Jesus makes a difference and even the things that change for the better we may not like because we like the way things are. We have made peace with our excuses our sins and our dysfunctions and Jesus comes along and alters all that. We’re afraid of being well. Being well is going to cost us something. We prefer being sick (or helpless, or dysfunctional, or small or ineffective). We prefer to have something to complain about. We prefer the status quo. Jesus changes everything. 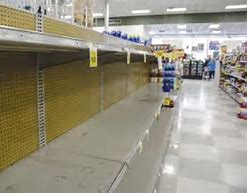 If you appreciate the Catch, please consider a donation, and don’t keep it to yourself. Tell your friends and relatives about it and sign up by clicking on the envelope in the upper right corner of our website to receive it free every day in your email inbox.

This entry was posted in discipleship, gospel of welcome, grace turned outward, pandemic and tagged healing, pandemic. Bookmark the permalink.

11 Responses to Afraid of being well