The justice of the Creator to His creatures 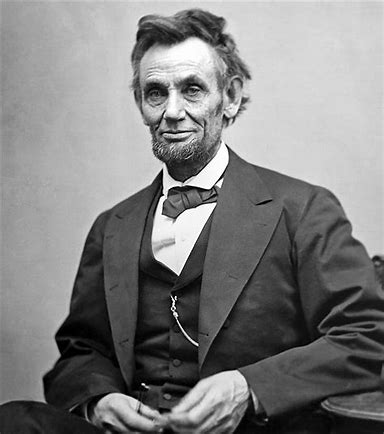 In honor of Presidents’ Day, I thought I would share a quote from one of our greatest presidents, Abraham Lincoln, that might speak into the place we find ourselves today in this country. While searching, I found out that the principles drawn from the word of God were always relevant to today, only because they are relevant to every day, to every culture and to every person.

The following quote was taken from an address Lincoln gave in Lewiston, Illinois on August 17, 1858.

These communities, by their representatives in old Independence Hall, said to the whole world of men: “We hold these truths to be self-evident: that all men are created equal; that they are endowed by their Creator with certain unalienable rights; that among these are life, liberty and the pursuit of happiness.” This was their majestic interpretation of the economy of the Universe. This was their lofty, and wise, and noble understanding of the justice of the Creator to His creatures. Yes … to all His creatures, to the whole great family of man. In their enlightened belief, nothing stamped with the Divine image and likeness was sent into the world to be trodden on, and degraded, and imbruted by its fellows. They grasped not only the whole race of man then living, but they reached forward and seized upon the farthest posterity. They erected a beacon to guide their children and their children’s children, and the countless myriads who should inhabit the earth in other ages. Wise statesmen as they were, they knew the tendency of prosperity to breed tyrants, and so they established these great self-evident truths, that when in the distant future some man, some faction, some interest, should set up the doctrine that none but rich men, or none but white men, were entitled to life, liberty and the pursuit of happiness, their posterity might look up again to the Declaration of Independence and take courage to renew the battle which their fathers began — so that truth, and justice, and mercy, and all the humane and Christian virtues might not be extinguished from the land; so that no man would hereafter dare to limit and circumscribe the great principles on which the temple of liberty was being built.

This is truly a lofty statement that the value of every man and woman on the planet is given by God by the mere fact that we are all in His image. This is something to be remembered and acted on in our daily lives. To believe and find that image of God in everyone is one of the ways we turn grace outward to everyone, everywhere. This applies to all races, all colors, all ages, all genders and sexual orientations, all social and economic strata, and all states of mental and physical ability or disability. (And I probably should add in this day and age, all political parties as well!) We do not dehumanize anyone. We lift up everyone as loved by God and worthy of His Son’s death on the cross to save. This truly is grace turned outward.

And here’s a bonus quote by President Lincoln:

The Bible says somewhere that we are desperately selfish. I think we would have discovered that fact without the Bible.

This entry was posted in Christianity and politics, image of God, Integrity and tagged grace turned outward, image of God, value. Bookmark the permalink.

3 Responses to The justice of the Creator to His creatures