This is it. We are down to our last day for Mike’s $500 Match. Thanks to David and Robert who increased their amounts yesterday, we are now only $165 away from monthly pledges that will guarantee the Catch an increase of $1,000 a month sustainable income. Help take us over the top today. Join these MemberPartners who have joined up or increased their monthly commitment. A little bit goes a long way here!

See below for how to finish this! 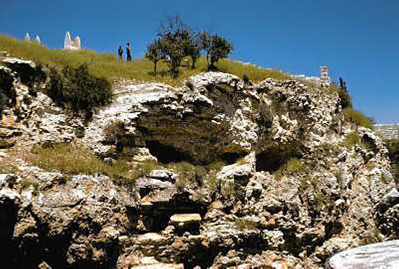 Golgatha today. Can you find the cross in this picture?

You were dead because of your sins and because your sinful nature was not yet cut away. Then God made you alive with Christ, for he forgave all our sins. He canceled the record of the charges against us and took it away by nailing it to the cross. Colossians 2:13-14

I want to thank Drew for his comments about my coverage of Kobe Bryant’s passing. He was wishing my Catch yesterday had gotten the social media coverage that a certain reporter from the Washington Post received for her tweet reminding the world about Kobe’s rape allegation charges in 2003 involving a hotel worker in Denver. Though charges were never filed and the alleged victim settled out of court, it was certainly a black mark on Kobe’s record and came very close to costing him his marriage. Yet his strong commitment to the community and obvious love for his wife and daughters have overshadowed that dark time in his life.

What’s more, it brings to mind what Paul wrote in Colossians that God has canceled our court record and put it away by nailing it to the cross. Think of that. If the record of charges against you was nailed to the cross where is it now? Does anyone know where the cross is? No. It’s buried or burned up. You couldn’t find the record of charges against you if you tried. Why are we trying to remember what God has forgotten? We all have things in our past that anyone could bring up should they so desire. But the record of the charges related to those things has been canceled and nailed to the cross. Go ahead — just try to find it.

We are rapidly coming to the end of an amazing opportunity to help sustain the Catch and its worldwide ministry into the future.

Why should you participate by either Increasing your MemberPartner monthly commitment or becoming a New MemberPartner?

Because … Every person who becomes a MemberPartner increases the heartbeat of the Catch Ministry.  You become partners in a paradigm shift in worldview, like no other group of believers. This is because our message is expressed in practical terms throughout the Marketplace: The kingdom of our lives, which is the Lord’s, is an integrated and sustainable message of liberty.

Because … The core of this transformation message is Grace Turned Outward. It is the solid foundational message that makes the Catch Ministry’s initiatives sustainable. The Grace Turned Outward message is transforming individuals throughout the Marketplace in 143 countries throughout the world, which is causing great change and growth by simple multiplication —  one person at a time. This ongoing work is successful because of our MemberPartners’ involvement in the Catch Ministry and their monthly contributions in support of the work.

Because … This message is integrated into the very fabric of the Ministry’s services.  Effecting this large change is creating a synergy and requires a comprehensive approach that includes thought leaders, the implementation of a practical and widely-circulated program of studies, and multiple services for practical application that represent together the full scope of the message –  Grace Turned Outward.

Because … The Catch Ministry’s expansion is real. It is real because it is the Lord who is increasing His message wherever you go… and you want to support whatever the Lord is doing … Because everything He does, always expands.

Because … Right now, Mike High is challenging the Catch community to either become new MemberPartners, or, as an existing MemberPartner, to increase your monthly commitment. Mike will commit to $500 a month if your pledged gifts by this Friday, January 31, either new or added on, total $500. The beauty of this match is that it is not just for one month — it’s for every month!

Help these MemberPartners make their MATCH!

To sign up as a new MemberPartner, simply click on the DONATE button here and when you enter your amount, check the box that says you want this to be a monthly deduction.

Already a MemberPartner and want to increase your commitment? Sign up the same way for the amount of the increase you desire. You will have two deductions per month.

This entry was posted in forgiveness and tagged forgiveness, the cross. Bookmark the permalink.