Kudos to the following MemberPartners who have taken part in our Match so far! Check out below. Only $225 to go! 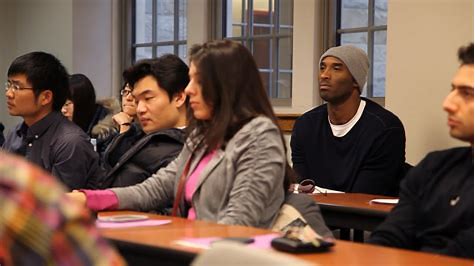 “Kobe was a committed Catholic who loved his family and loved his faith,” said Bishop Timothy Freyer of the Diocese of Orange. “Kobe would frequently attend Mass and sit in the back of the church so that his presence would not distract people from focusing on Christ’s presence.” At Vanguard University, a small Christian school in Costa Mesa, he was good friends with the whole basketball staff and frequently sat in on their practices, especially the women’s team, often teaching them and giving them pointers. He even attended some of their games. He was especially close to the head basketball coach who credits Kobe with helping him to fight back and overcome a bout with cancer.

They also know him at Orange Coast College where he was good friends with Joe Altobelli, the head baseball coach who also perished in the helicopter crash heard round the world. Altobelli’s daughter and Kobe’s daughter were teammates on the basketball team Kobe was going to coach that day. Altobelli was much loved by his team and respected in the baseball world. He graduated with a masters from Azusa Pacific University, another Christian school. You do not serve as a teacher or leader in any of these schools without a strong Christian commitment and a call to live out your faith.

So why is this important? It shows how someone of Kobe Bryant’s stature in the sports world can also live out his faith as a leader and an example to others. And also, he could be so ordinary, and he obviously enjoyed the company of Christians.

One touching story that says volumes about this man is told by an 81-year-old grandmother who was waiting for her granddaughter to get out of school one day when she realized she was sitting next to Kobe Bryant who was waiting for his daughter. They struck up a conversation and Kobe said he liked her accent. “He was tall, and he was somebody and I’m nobody,” she said, “but he bent down and gave me a hug. And I never forget this hug.” Her name is Maria, and she was seen in a purple sweater on Monday morning after the accident, laying a bouquet of pink flowers in front of Harbor Day School. “It’s hard for me, and it’s hard for everyone,” Maria said, her voice cracking. 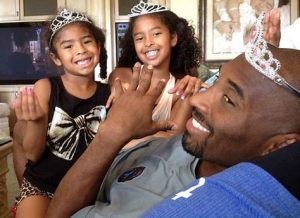 Messing around with his daughters.

We are rapidly coming to the end of an amazing opportunity to help sustain the Catch and its worldwide ministry into the future.

Why should you participate by either Increasing your MemberPartner monthly commitment or becoming a New MemberPartner?

Because … Every person who becomes a MemberPartner increases the heartbeat of the Catch Ministry.  You become partners in a paradigm shift in worldview, like no other group of believers. This is because our message is expressed in practical terms throughout the Marketplace: The kingdom of our lives, which is the Lord’s, is an integrated and sustainable message of liberty.

Because … The core of this transformation message is Grace Turned Outward. It is the solid foundational message that makes the Catch Ministry’s initiatives sustainable. The Grace Turned Outward message is transforming individuals throughout the Marketplace in 143 countries throughout the world, which is causing great change and growth by simple multiplication —  one person at a time. This ongoing work is successful because of our MemberPartners’ involvement in the Catch Ministry and their monthly contributions in support of the work.

Because … This message is integrated into the very fabric of the Ministry’s services.  Effecting this large change is creating a synergy and requires a comprehensive approach that includes thought leaders, the implementation of a practical and widely-circulated program of studies, and multiple services for practical application that represent together the full scope of the message –  Grace Turned Outward.

Because … The Catch Ministry’s expansion is real. It is real because it is the Lord who is increasing His message wherever you go… and you want to support whatever the Lord is doing … Because everything He does, always expands.

Because … Right now, Mike High is challenging the Catch community to either become new MemberPartners, or, as an existing MemberPartner, to increase your monthly commitment. Mike will commit to $500 a month if your pledged gifts by this Friday, January 31, either new or added on, total $500. The beauty of this match is that it is not just for one month — it’s for every month!

To sign up as a new MemberPartner, simply click on the DONATE button here and when you enter your amount, check the box that says you want this to be a monthly deduction.

Already a MemberPartner and want to increase your commitment? Sign up the same way for the amount of the increase you desire. You will have two deductions per month.