Picking up a little color 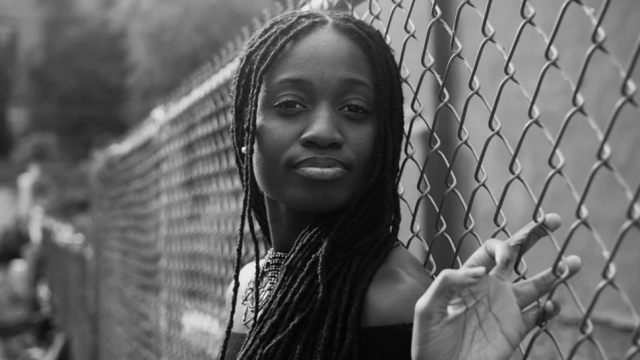 empathy – the ability to understand and share the feelings of another

With the long holiday weekend, I took the liberty of spending a little more time with the morning paper than I usually do. For some reason I was led to stories of the lives of people quite different from me. Whether this was the intent of the editors to broaden our understanding of diverse people and cultures or just the way it happened, I somehow found these stories throughout and decided the experience was significant enough to share a little of it with you.

First, on Saturday, there was the World War II story of a Japanese American woman whose family, after the Japanese attack on Pearl Harbor, was pulled out of a successful business in Venice, California, and a respected place in the community, and relocated in an internment camp in Colorado, leaving most of their possessions and all of their business behind. Towards the end of the war, one of their loyal Caucasian friends, who kept some of the family’s things for them in his Pasadena home, had an idea. He would gain permission from the government and military authorities to bring back the daughter of this Japanese family who was of college age and enroll her in Pasadena Junior College as an experiment in reintroducing these beleaguered people back into society. Permission was granted and the story was about her experiences of support from some and hostility to the point of fearing for her life from others. One man, who had formed an “anti-Jap” organization had a total change of heart, and his reversal was a primary influence in changing public opinion. The woman in the story passed away recently in her nineties. Everyone who knew her thought the world of her and her joyful, positive demeanor. Her husband is still alive at 95. He still remembers.

Then on Sunday, there was a cover story about the Makah Indian tribe in the northwestern United States that wants a license to celebrate their rich history and ancient culture in the hunt of the grey whale again after almost a hundred-year hiatus due to the near extinction of the species by the commercial whaling industry. Yet now, with the grey whale population estimated at 27,000, their petition to be able to take an average of 2.5 whales a year seems rather insignificant. The story recalled to me the tragedy of white settlers on the great plains slaughtering hundreds of buffalo with their big guns and taking their pelts only, leaving the rest of the animal to rot, when just one of those animals would bring great rejoicing to an Indian tribe and provide food and warmth and healing to the whole village for weeks as they utilized every part of the animal for sustenance and medicine. This kind of thing almost makes me not want to look at myself in the mirror.

And then there was the story of the 51-year-old Mexican immigrant, Raul Rodriguez, who had worked as a U.S. customs officer in Texas for 18 years, before he suddenly lost his job, his health insurance, and his residency application when it was discovered that his U.S. birth certificate was a fake. Locating his father in Mexico, they indeed found the truth Raul had been completely unaware of. His birth certificate had been forged when he was five so he could stay and receive schooling in the U.S. So here you have a man with a family who has lived in the U.S. virtually his entire life and is serving his country (his wife is a Homeland Security immigration officer, and he chose to be a customs officer so he could treat people with the respect they deserved) and suddenly he is an illegal alien; he is losing everything; and his future is completely uncertain.

So I put down the front page and picked up the “Arts and Books” section and the first article was “Aleshea Harris explores racism’s ‘soul damage.’” It is a review of Harris’ play, “What to Send Up When It Goes Down,” that mines the deep inner feelings that racism has imbedded in African Americans. Whites in the audience are told in the beginning of this play that what they are about to see is not for them, and with a few minutes left in the play, they are actually asked to leave so blacks can hold the moment a little longer together. “Whites are led to the lobby, where they stand in a circle and are urged to do what they can to end racism. Blacks linger in a place that has been made just for them, which in the American theater today is rare.”

One poignant piece of the play captures what the author felt when, as a child in school, another school kid joked in class that a black child looked like a monkey. A character in the play stands alone and utters her feelings at that time:

“I looked down and realized the joke was on me,

literally, all over me and in me

The kids were laughing. All of their pink faces laughing.

Teacher was trying to hide a titter behind her hand.

I do a little dance as I run back to the ghetto hoping I don’t look too suspicious or particularly ready to die.”

I won’t go on to expound on the Opinion page article on how Asian Americans feel invisible, or how I picked up the Sports section thinking I was finally done with this journey through the damaged souls of people only to find out that the Los Angeles Dodgers did not send one black athlete to come to bat all year for the first time in 73 years  — this from the team that brought us Jackie Robinson.

White is the absence of color. I think I may have picked up a little color this weekend. It didn’t make me feel very good, but it did make me feel a little closer to those made in God’s image like me, who are very different from me.

empathy – the ability to understand and share the feelings of another

This entry was posted in diversity, Worldview and tagged diversity. Bookmark the permalink.

6 Responses to Picking up a little color