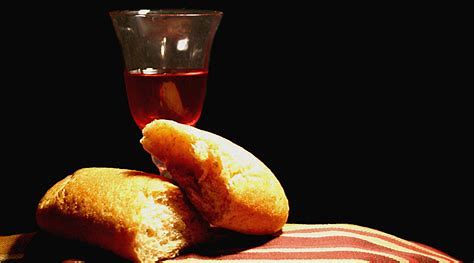 But Joshua spared Rahab the prostitute, with her family and all who belonged to her, because she hid the men Joshua had sent as spies to Jericho—and she lives among the Israelites to this day. (Joshua 6:25)

King David’s great-great grandmother was Rahab, the prostitute from Jericho. She was a Canaanite, of the people-group that the children of Israel were forbidden to marry. Yet she is of the lineage of David and an ancestor of Jesus. Now that doesn’t sit too well with the laws of the Old Covenant, which goes to show you that the law of the Old Covenant was and is not the last word. There is another covenant — the new covenant — that Christ ushered in, that was evident even then. That covenant is evidenced by the grace of God, and entered into by faith. And Rahab acted on that faith when she found out that the two men in town were from the new nation of Israel and they had come to spy out the city. Rahab, and indeed the whole town, had heard how the children of Israel had crossed the Red Sea and the Jordan River and were successful in all their conflicts so far. She was terrified. And so she, being a smart one, hid the spies when the authorities came looking, because she knew that God was with them and she was hoping to make a deal.

“When we heard of it [your success], our hearts melted in fear,” Rahab said, “and everyone’s courage failed because of you, for the Lord your God is God in heaven above and on the earth below.”  (Josh 2:11) Now that’s quite a statement for a pagan to come up with: God in heaven and on earth below. That God is definitely God all over. Rahab believed. And she asked the spies if they would protect her and her family in exchange for her hiding them from being discovered. She believed, and that was all that was necessary according to the new covenant. So she was saved, and became a part of the nation of Israel, and not only that, her Jewish husband (Salmon) was part of the lineage of Christ. Forget that old covenant; skip right to the new. The new covenant takes precedent on either side of the cross. Rahab was brought into the Jewish family by faith and her blood became part of the line of the savior. That was what God wanted to say through Rehab.

God draws outside the box. The old covenant is there but He’s been operating out of the new covenant all along. Don’t ever rule anyone or anything out of the mercy of God.

This entry was posted in Old/New Covenants and tagged mercy, new covenant. Bookmark the permalink.

6 Responses to The new covenant prevails