The other side of the generation gap

Those were the days my friend

We’d sing and dance forever and a day

We’d live the life we choose

One of our readers pointed out in a comment about yesterday’s Catch that the new “OK boomer” saying is just a timeless reaction of young people to the nostalgia and condescension of the older generation. It happens with every generation. Grandparents pine for the old days when they were young and they decry the way things are, blaming everything on the current younger generation. While the young people try to grapple with current realities and consider their grandparents too old and out of touch to bother with.

Just think about how boomers were viewed by the older generation when they were young. They dressed in silly clothes, their hair was too long and unkept, they smoked too much dope, they were aimless, they didn’t support their country in the Vietnam war, their music was trash … and on it goes. Now listen to those very same boomers today: “Kids today have got their noses in their cell phones, they talk with their thumbs, they’ve bought all the conspiracy theories about the planet, they dress in silly clothes, they vape too much, they are aimless, and their music is trash. It isn’t even music. Listen to our ‘70s music; now that’s real music” … and on it goes. No wonder “OK boomer” resonates with them. It’s just the same thing all over again. They are basically resigning themselves to the fact that boomers are never going to change. They’re too old. Just say “OK boomer” and relegate them to background noise. Don’t even try to communicate.

We called this the generation gap, and the thing we decried when we were young, we have let slip in under us. We’re just on the other end of it now.

Is this what you want if you’re a boomer? Shall we just buy the “OK boomer” thing and check out? Really, we’re not going to be around much longer anyway. The world has gotten much too complicated. Leave it to them to figure it out and go play golf.

I’m thinking of a couple that was on the other end of the generation gap when I was in my early twenties. They didn’t check out. They checked in. They saw what was coming. They invested in me and my music. They put me up in their home. There was no gap that I was aware of. They were not singing, “Those were the days my friend,” they were singing, “These are the days my friend. This is the moment. We are here for such a time as this.”

Which do you want to be? An OK boomer fading into the background, or a supporting element to the next thing the Holy Spirit is up to in the world? Do you want to ride into the sunset or be there at the dawn of something new? Do you want to criticize the kids or listen to them and come alongside them? Let’s face it — it’s their world now; it’s not our’s anymore anyway.

My friends on the other end of the generation gap when I was a twentysomething proved you don’t have to give in. You don’t have to be an OK boomer, you can be a boomer who is OK. It won’t be easy. You’ll have to listen and learn, and just when you think you’ve figured out Facebook and Twitter, you’ll find out the kids have all left for Instagram, Snapchat and TikTok. Can you teach an old dog new tricks? Yes you can, if you’re the old dog. Come on boomers. We’ve got to wake up and find out that those weren’t the days. These are the days. Now is the day. Now is the day of salvation.

About the Catch Ministry

There is no way we could have anticipated the things that are actually happening among us. But this is who we have become. Cultivating intergenerational relationships is one of the most important ways in which The Catch Ministry is developing a flourishing faith in both young and old. This means changing the metaphor from simply passing the baton to the next generation to a more functional, biblical picture of the body — that is, the entire community of faith, across the entire lifespan, working together to fulfill God’s purposes. 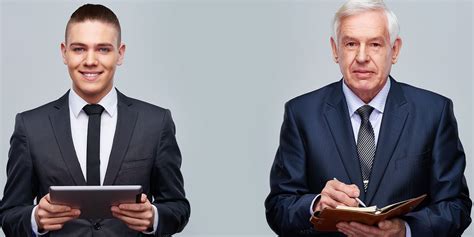 8 Responses to The other side of the generation gap