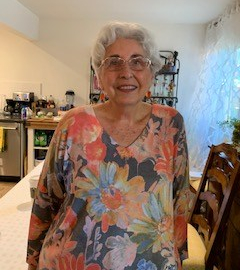 There was no question. As soon as I found out Ron Ritchie was under hospice care at home, and his sons had been called in, I had to go. It was not a nice thing to do; it was a requirement. Not fully knowing why at the time, I just knew I had to be there. So I threw a few things into an overnight bag, grabbed a cup of coffee to go and started driving. It was almost midnight Saturday.

I did know enough to know it was for me I was going; it wasn’t for him. It was for me, so when I pulled into town around 4:30pm the next day and found out his Timothy group of 6 guys was coming for his last visit of the day at 5pm, I decided I would have to stay over. I did not want shared time.

He did a lot of sleeping the next day, so it wasn’t until the middle of the afternoon that I got in to see him, and as I look back on it now, I finally realize what it was I came for.

I had to receive the blessing. I had to get a “Well done” from him — maybe not in those words, but from the sense of the confidence just seeing him again instilled in my life. I had to prove it was real. I had to have him confirm that I was commissioned, sent out, part of the team, carrying on the legacy. It was that big — no, it was bigger.

We don’t have prophetic blessings in our culture the way that Jacob called his twelve sons on his death bed and prophesied concerning each one. It’s a passing of responsibility. I never had anybody to tell me, “John, I’m counting on you. You are going to carry on the truth. It’s your turn now.” That’s what I came for. No, he didn’t say that, but all I needed was his hand on my shoulder and the look in his eye — his one good eye — to confirm it. 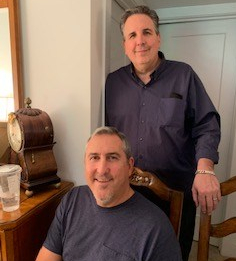 So I got it. I got what money can’t buy. I got it that Ron was much more to me than just an inspiration, or a great teacher, or a discipler, or a great example, though he was all of these things to many people; but he called and commissioned me to carry on what he started. Like he said, it’s his turn to experience the faith for death and beyond; it’s my turn to experience the faith for right now, for carrying on in his place. Time for me to be big in someone else’s life like he was in mine. No more shrinking back. Time to step out.