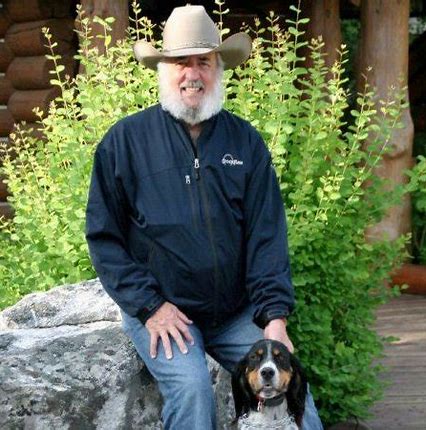 He’s a dark horse in the nighttime

Heading straight for the enemy camp

And he has no fear ‘cause his eye is clear

And maybe sometime at the right time

You may see him galloping by

A simple man with a single plan

And the Spirit in his eye

But he can hear it when the Spirit

Tells him where to go and what to say

‘Cause he knows that he can never be free

When he’s going his own way

He will not deny the struggle in his heart

But he also knows the grace that is his part

And his secret is the Spirit

‘Cause he’s trusting nothing of his own

And he’s fixed his eyes on the highest prize

And he’s headed for his home

He’s the biggest man I know. His name is Ron Ritchie, and like the song says, he’s headed for his home. It looks to be a matter of days. He has refused treatment and is resting under hospice care at home, waiting for that sweet chariot to come for to carry him home. It’s just that, when that chariot does get here, he won’t be getting in it; he’ll be hitched up to it. And why not? He’s the dark horse, after all and he’ll know where to go.

Growing up as an orphan in Philadelphia, he’s always made a way. He’s not one to follow someone else’s path; he makes his own, and it’s been an adventure to share some of that path with him.

Ron has always been a non-conformist. He doesn’t care what everyone else is doing; he only wants to know what he’s supposed to do, and more often than not, he gets his direction from the Holy Spirit. As  a mentor, he’s everything I needed, because he’s everything I’m not — sure of himself, a little cocky (well, true, I have some of that), out-going, friendly to strangers, loud, brash, bigger than life. He’s the kind to start talking and figure it out as he goes. And in many ways, he replaced my silent father, and I will always be grateful for that.

But the important thing is that all of who he is — his humanity and his heart — is in a body that is totally dedicated to following the Lord. When you’ve heard of that for over 20 years, and you finally meet someone who is actually doing it, it has a huge impact. That’s what I owe this man, and that’s what you and I need to be doing too.