Ask not what you can do for God 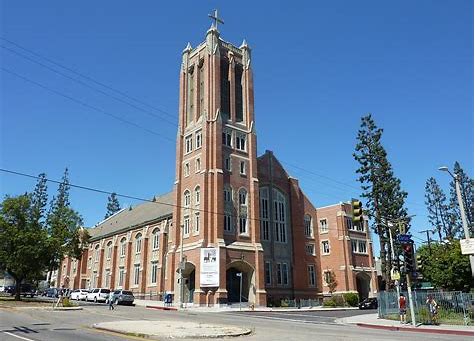 David wanted to build God a house. It didn’t seem right that he was in a nice cedar-built mansion and the Ark of the Covenant — the portable presence of God the children of Israel had been carrying around ever since they left Egypt — was still in a tent.

But God said, “I have never lived in a house, from the day I brought the Israelites out of Egypt until this very day. My home has always been a tent, moving from one place to another … Yet no matter where I have gone with the Israelites, I have never once complained to Israel’s leaders, the shepherds of my people. I have never asked them, “Why haven’t you built me a beautiful cedar house?”’ (1 Chronicles 17:5-6)

I’m going to extrapolate here a little in the voice of God, not to put words into His mouth, but to help grasp what I think He is saying here.

You want to build me a house? Why don’t you ask me if I want one? I actually like tents. Tents are more in keeping with my presence and purpose for being in this world.

Pretty soon, my dwelling place on this earth will be in the “earthly tent” — the human body of those who believe in Me — who make up the presence of my Son, Jesus Christ in this world. They will be called the Body of Christ, and they will be all over the world. They will be my dwelling place, not in a building somewhere. That’s why I prefer tents; I’ve always liked tents. You can take them down and move them easily. I prefer that because I like to move around. I don’t want to be stuck in one place where you have to come to Me. I want to go where you are.

You know what this makes me wonder? How many things we have built “for God” that He never asked for? Take, for instance, all these incredible church buildings … what is that? Did He ask us to build a building for His church? Read the entire New Testament, Matthew to Revelation, and you will not find one word about building God a building.

I grew up hearing the church called the “house of God,” and we were supposed to be quiet and reverent inside because that’s where God lives. Nonsense. God lives in us. The church is organic. It’s made up of people, not buildings.

The Crystal Cathedral? Notre Dame? The other great cathedrals of Europe? These are incredible works of architecture and art, but they are for us, not for God. He never commissioned them. He does not dwell in them. We call them churches, but they are not the church. We are the church; God dwells in us. He moves about in tents on the ground. And besides, He builds His church; we don’t build it.

And in this passage in 1 Chronicles, after making it clear that God didn’t want David to build Him a house, He goes on to say that He will establish David’s throne forever. The point is not what David is going to do for God, but what God is going to do for David. That’s always the point.

This is where this comes down to us. Don’t think about what you can do for God, because He didn’t ask for it and doesn’t need it. He asks for our availability so that He can do His will in us. He wants to establish our legacy as He did David’s.

It’s reminiscent of JFK’s famous quote, only backwards: “Ask not what you can do for God, but what God can do for, in and through you.” That’s what God is concerned about, and what we need to be concerned about as well.

Postscript: Last Friday night I attended a concert in the “cellar” of the First Presbyterian Church of Hollywood. It featured one of the members of the Salt Company, one of the first music groups of the Jesus Movement in the room where the movement and the group were born, locally. The church is a landmark brick structure built in 1903. Literally a block away, at least two dozen tents lined either side of the road under an overpass — a small tent city for the homeless. God was most certainly present at this concert, no doubt, but I have a feeling His heart was somewhere else, with the people in the tents.

This entry was posted in church, grace turned outward and tagged body of Christ, church. Bookmark the permalink.

3 Responses to Ask not what you can do for God