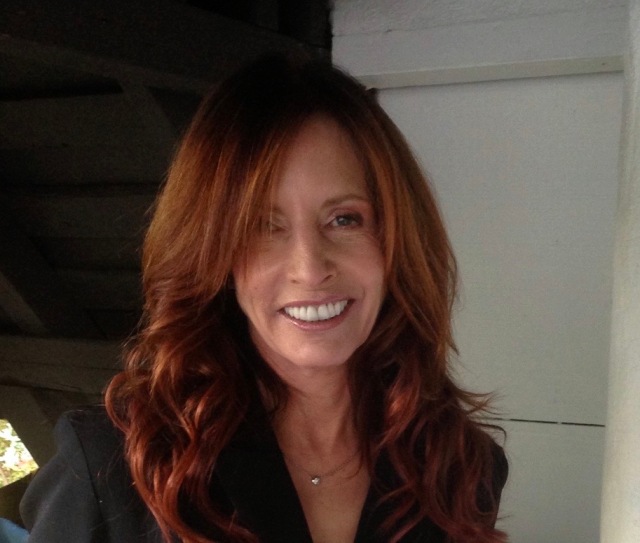 Marti and I have shared a story since we first met. It’s a little drama we play out. One of us asks the other, “How much do you love me?” And the other holds out a hand showing a little teeny gap between thumb and first finger, “This much…” When the questioner feigns disappointment, the other finishes the remark — “This much (and drawing a line out from the thumb) … around the whole world!”

Marti has always had a global perspective. When she formed the Fellowship of Christian Airline Personnel in Los Angeles, her vision was not just for that city, but for every airline domicile in the world — a vision now realized. When she formed Women of Vision in Orange County, California, to help women of means to touch poverty, it was not to be just for Orange County, but for everywhere women have influence.

Marti is big. She thinks big, prays big, believes big, and acts big. She is a visionary, and her vision is big — more like “This teeny bit … around the whole world!” Marti’s life verse, given to her at the beginning of her walk with the Lord, is what many call the Great Commission: “Go into all the world and preach the gospel to every creature.” That is not a figure of speech for Marti; it’s a doable goal.

But being globally minded doesn’t mean she misses the individual. Marti remembers. She knows who is struggling with issues of sexual identity; she knows mothers that are estranged from their daughters; she knows parents who are missing their children; she knows these people by name because she has counseled with them and prayed for them, and she doesn’t forget. Marti has brought a personal touch to her influence here at the Catch. Like she likes to say, we are reaching around the world but we are reaching one person at a time. “This little bit (in other words)… around the whole world.”

Marti has a special place in her heart for the disenfranchised, the lonely, the single moms, the struggling and those who for whatever reason feel judged by the church or by other Christians. And most of all, she loves non-Christians. She loves them for who they are, whether they become Christians or not. (That’s God’s business anyway.) She has taken us way beyond just a blog. Marti is an influencer who touches people. She has put names, voices, and in some cases faces to what were just email addresses. Under her influence, the Catch has become a community. She gets it. With whatever issues a person has, Marti gets it — how important they are and what they need. She understands.

Marti received the idea of Grace Turned Outward from the Lord and passed it on to us. It is now our signature. She came up with it because the concept is the way she lives. She treats everyone with great dignity and worth, no matter who they are, because she knows God loves them and has gone to the cross for them. And because she knows that amazing grace in her own life, she knows it’s true for everyone else. She can’t wait to tell them.

How much does God love us? “This much … around the whole world!”

Marti has influenced us to see the world in a different light. My message would be old hat legalism without her influence on me. We are poised to not only reach the world with the Gospel of Welcome, but to teach Grace Turned Outward to those who come alongside us so that an army of grace-filled people will put their boots on the ground when they get out of bed in the morning and carry this message to everyone they meet today.

We boldly ask for your contribution to keep this ministry going forward. We urge you to take advantage of the $1,500 match we have going through tomorrow night to double the effectiveness of your gift. We believe Grace Turned Outward is a special message given to us that the world desperately needs right now. In the end, a local Christian community could never really reach the whole world with the Gospel’s message. The Catch can. Whatever you can give now will turn into “this little bit … around the whole world!”

Join though who have contributed so far.