Not the strong man 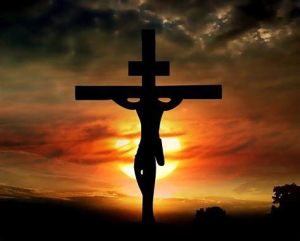 Those who are indwelled by and dependent upon the Spirit of Jesus are humble and self-effacing. They are deeply touched by the weakness and suffering of others. They are gentle and kind. They long for goodness in themselves and in others. They are merciful to those that struggle and fail. They are single-minded in their love for Jesus. They are peaceful and leave behind a legacy of peace. They are kind to those that ill-use them, returning good for evil.  – David Roper

This description of a Christian based on the teaching of Jesus from the opening Sermon on the Mount starting in Matthew 5, should be a common, well-known description of a Christian by now — a couple of centuries after it was delivered. We should have this down pat. People should see someone like this and immediately recognize a Christian. The fact that this is clearly not true is an indication that other factors contribute to modern Christianity and the attitudes of Christians besides the scriptures, and more importantly, the words of Jesus.

I was thinking about calling this the “Beatitudes Christian,” until I realized this is not the description of a certain strain of Christianity; it is, and should be, the simple description of a Christian for any age, any time, any place. A follower of Christ looks like this. But we consistently treat the Sermon on the Mount and Beatitudes as some kind of radical version of Christianity for another day and another time.

Think about it. I grew up in a strong, biblically-based evangelical church and I always remember skipping over Matthew 5-7 as if it were something that was way outside the reach of my understanding. Everything was backwards from the way I was learning it. I also noticed that almost no one ever preached on the Sermon on the Mount. Certainly it doesn’t mean that the bums of the world are better off than we are. And it can’t really mean to let people push you around. And certainly it doesn’t really mean for you to be meek. It must be one of those passages not to take literally. Get the general idea and somewhere down the road it might make sense. Until then, we’ll take this as a passage for the losers of the world. Isn’t it nice to know that Jesus thought of them?

Is anybody about ready to scream at me by now? IF YOU APPLY THE SERMON ON THE MOUNT TO ANYBODY BUT YOURSELF, THEN THROW THE REST OF YOUR BIBLE AWAY. YOU ARE NOT FIT FOR THE KINGDOM.

This is not unusual Christianity. It is not just for radicals. Where’s the disclaimer here about this not being for everybody? It’s not there. This is a very clear statement, supported over and over again, that the “losers” I referred to earlier aren’t just the poor folks who get included in with the righteous rest of us, THEY ARE THE ONLY ONES WHO GET IN!

So if Roper’s description of a Christian is right, then we should stick out like a sore thumb in our culture right now. The acceptable cultural milieu is currently one of separation, isolation, fear, bullying, show no mercy, no sympathy, no empathy, hate, and a rejection of that which is different. It is the culture of the strong man. In fact, our culture right now is dominated by everything that is the exact opposite of the Beatitudes. So if you want to be different, now is the time to follow Jesus, and steer clear of any movement of Christianity that borrows from the strong man tactics that are prevalent. Christ is not in it.

3 Responses to Not the strong man