Drowning the ‘Humbug’ in cheer 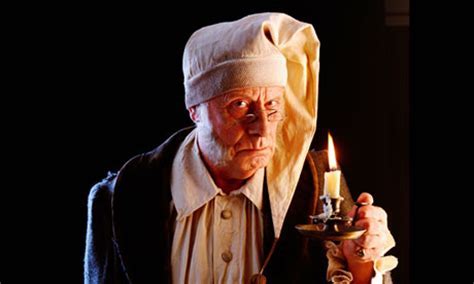 If I could work my will, every idiot who goes about with ‘Merry Christmas’ on his lips, should be boiled in his own pudding, and buried with a stake of holly through his heart!  – Ebenezer Scrooge

There is a reason why the overbearing curmudgeon, Ebenezer Scrooge, Charles Dickens’ famous character from his Christmas classic, The Christmas Carol, plays so well every year. There are a lot of Scrooges out there, and indeed, probably some Scrooge in all of us. I’ve certainly got a good share of his humbug spirit in me. “A fine excuse to go picking a man’s pocket every December the 25th.,” rolls right off my tongue. It’s clearly why Marti pulls out the story every year, and why we try to see the play as a Christmas family tradition. I know she is hoping some of the reformed Scrooge at the end of the story rubs off on me. Well it does, but not until the very end.

Here’s when I start enjoying Christmas: when the last gift has been bought and wrapped, usually about 3 in the morning on Christmas Day. It’s all over at that point; no more damage can be done; might as well enjoy it. That’s when I show up, and Marti collapses with exhaustion from pulling me up the hill for the last three weeks.

I am an isolated soul. Left to myself, I am fine. There are people who hate to be alone, and people who would just as soon be left that way. I’m one of those, and I tell myself I’m fine, when I’m really not. For starters, I am one with my wife. That’s not an option; it’s a fact. Ask her how that’s working out for her, when part of her doesn’t even show up.

And I am a miser at that. You can tell by the way I expressed my relief over the fact that no more gifts can be bought late on Christmas Eve instead of being saddened by that fact. And I, like Scrooge, am in my counting house, counting, when all the resources of the heavenly Father are at my command. Who am I kidding?

And then, I’m a follower of Jesus Christ, who made it His business to be concerned about everyone around Him. Jesus was the opposite of isolated. The only time He was ever alone was when His human limitations overcame Him and He had to have a break from the crowds. That’s when He went off to pray with His Father.

But by far the most non-Scrooge-like thing about Jesus was the fact that He came to give. He is the Great Giver. He gave His time, He gave His attention, He gave His wisdom and knowledge, He gave His healing power, He gave His grace and mercy, and most of all, He gave His life that we might be washed clean by His blood. It is Him and His gifts that we celebrate at Christmas. And if the Great Giver lives in me, what does that say about me? I’m either denying Him, or finding that gift in me.

I need to take a thing or two from so many of you who have been making provision for the ministry, giving of your time, talents and resources. We’ve got one board member overseeing the new radio station and another redesigning our website; we’ve got over 300 of you serving as prayer partners, almost 200 MemberPartners, countless boots on the ground and a growing number of volunteers including or faithful Prayer Warriors. These are not having any problem with giving.

There’s a woman here at Starbucks mixing up the Pumpkin Spiced Lattes and Carmel Macchiatos who says hello to everyone who walks in, half of whom she knows by name, and she chats with those who are waiting for their drinks. “How’s your daughter doing” or “I love your hair — it’s so cute!” She is on stage. She is delivering. She is giving way beyond the requirement. I have a feeling she is not doing this for the job, but that she is this way all the time. I’m gonna ask her if she can mix up some of that for me. Let’s drown that humbug in some good cheer.

4 Responses to Drowning the ‘Humbug’ in cheer