Won’t you be my neighbor?

As some of you already know, our street is famous on Halloween. We are now written up in the “Things To Do” columns of all the local newspapers; even the Los Angeles Times. Our street and the next block over are blocked off to vehicular traffic starting at 4:30pm, which is when the first and littlest goblins, princesses and firefighters start showing up. The picture above was taken in front of our house at 5 pm — the night not even in full swing yet, and you can barely move out there. The blue awning, visible in the upper left corner of the picture, is where the local radio station is set up, playing music until 9:30pm, holding costume contests for kids and adults, and hosting dancing in the street.

that’s when high school kids start showing up in street clothes, holding out their hands. No trick there. Then there’s always an appreciative good neighbor from a less-traveled street who will come by and contribute a bag or two of candy for the cause. There’s a lot of good will out here on a night when many fear evil. According to the proverb, if evil is what you’re looking for, not only will you find it, it will find you! We look for other things.

Without fail, we will see people we know but haven’t seen in a long time — former neighbors coming back, parents of Chandler’s childhood friends, dads I got to know in our Indian Guides troop, the baker I visit every Saturday morning. In each case it’s a sort of renewal of friendship. With one couple, we’ve already renewed a commitment to get together again in the near future when we can spend more time.

In many ways, what happens on my street every Halloween is a sort of microcosm of what goes on all the time in the marketplace. (By the way, the marketplace is not downtown or in the business district; it’s anywhere outside your door.) People cover up to present themselves in various forms of self-invention. A good disguise is part of the presentation. It’s a way we all try to hide our faults and cope with the fear of being known. It’s a way we protect ourselves. But all along, we are hoping to find someone we can trust with whom we can lose our costumes and become real. Those are the relationships we long for, look for, and the ones that will last. They are also the relationships to be cultivated, because they are important in the Kingdom of God.

Just before “closing time” for us, we met a young man in an unexpected costume. He was so pleased that Marti recognized who he was, because apparently very few did. Marti got it right away — the tie, the blue shirt, the red sweater, and the hand puppet. “Look John,” she said. “It’s Mister Rogers!” Sure enough, he beamed with the recognition. It was 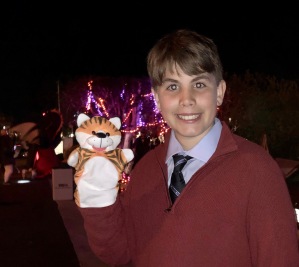 undoubtedly a stroke of synergy that probably helped Marti spot him in the first place since we had just received a Mister Rogers DVD earlier in the day from Bob in Seattle in anticipation of our night in our “neighborhood.”

Marti took the young man aside and talked with him while I continued handing out candy. (As you can imagine, it’s a steady stream.) When she came back she was overwhelmed. “I just talked to the perfect child,” she said. “He watches Mister Rogers every morning just to calm himself down and get focused.” That probably wouldn’t be a bad idea for all of us, especially right now when a little kindness can go a long way. It’s certainly a fitting conclusion to these thoughts today. As Mister Rogers sings:

Would you be mine?

Could you be mine?

Won’t you be my neighbor?

What a way to welcome in the Kingdom of God.

The older I get, the more I seem to be able to appreciate my “neighbor” (whomever I happen to be with at the moment). Oh, sure, I’ve always tried to love my neighbor as myself; however, the more experiences I’ve had, the more chances I’ve had to see the uniqueness of each person … as well as each tree, and plant, and shell, and cloud … the more I find myself delighting every day in the lavish gifts of God, whom I’ve come to believe is the greatest appreciator of all. — Fred Rogers 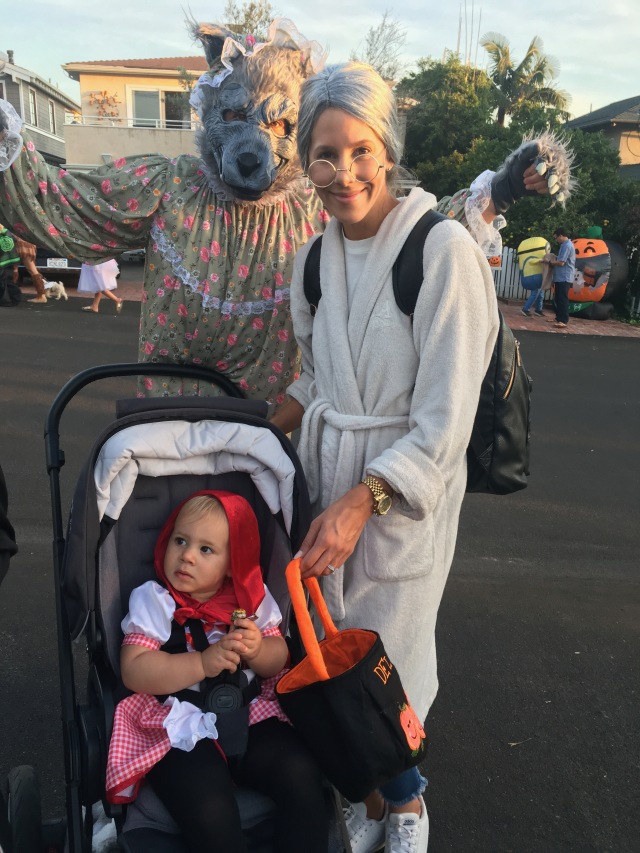 Which witch is which?

5 Responses to Won’t you be my neighbor?