A quiet kind of revolution

But something many have forgotten

A quiet kind of revolution

Is coming down on us from the sky

You can’t read about it in your textbook

You can’t see it on your TV screen

But just the same it’s all around us

And what’s more, it’s always been

So if you want to know about it

There’s one book you really ought to read

And take a walk in a virgin forest

And let the Maker let you see

He who has ears let him hear

He who has eyes let him see

It is a great comfort to know that what we see is not all that we get. “There’s more than merely meets the eye.” I open the newspaper every morning to a world that does not tell the whole story, and thank God it doesn’t. God’s hand is moving behind the scenes of history. That’s His kingdom and He is accomplishing what He set out to do.

Despite the division and the hatred that seems to be surfacing right now, there is a revolution going on — a spiritual revolution — among the millennials in this country. Talk to any of them and you will find out that they are not buying into the hate and the isolation that seem so rampant not only here but all over the world. They are much more interested in building bridges than walls. They don’t see the huge political divide that so many of our leaders are embroiled in. They have common values and they will work with anyone to help accomplish them. They don’t care what party you represent. (They don’t care a whole lot for politics, period.) They just want to get things done that are good for the planet and good for everyone on it. And they are very open to spiritual solutions.

We are on the brink of a spiritual revolution that will bring a fresh wind of the Spirit of God upon the world, not unlike the Jesus movement we experienced in the ‘60s and ‘70s, though much different. It will be different because the times, the people and the needs are different, but the freedom and the presence of God will be there. It is a movement of the Kingdom of God, and it, too, will happen all over the world. It’s already here, but like the Kingdom, it’s not easily seen. The Jesus movement was the Kingdom of God becoming visible for a moment in time. That may or may not happen again, but the revolution is on nonetheless. Look for it. Think about what you can do to help it along. Listen carefully to any millennials you know. Find out what they’re all about. Ask them questions about the Lord and the church.

There is a world within a world where God’s will is done consistently, all the time. It’s called the Kingdom of God, and we’re in it, but it can also show up where you least expect it.

I have finally found a way to live 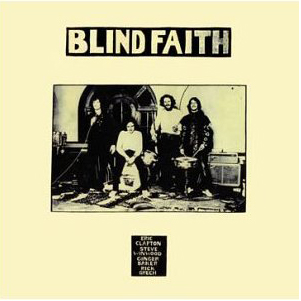 I know that I don’t have much to give,

But I can open any door.

Everybody knows the secret,

Everybody knows the score.

I have finally found a place to live

In the presence of the Lord.

5 Responses to A quiet kind of revolution