The frequently overlooked significance of birthdays 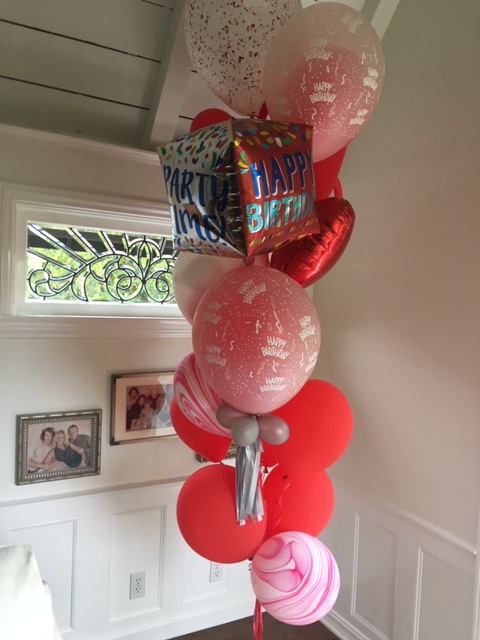 First of all, a great big THANK YOU to all of you who have flooded Marti with well wishes and birthday greetings. If she hasn’t gotten to yours yet, it’s simply because she is overwhelmed. She told me it was a special day yesterday and you all played an important role in making it so. Thank you!

The balloons pictured here played a big role as well. She loves balloons, and we do a bouquet of balloons for every birthday in the family, mostly so Marti can enjoy them. But these are all for her.

Birthdays should be sacred. I come from a family that didn’t make a big deal about birthdays. That’s too bad. Marti makes a big deal, and as I reflect on that, she’s right. Birthday celebrations are tied to God’s creation. He made each one of us. He formed us in His mind. He determined the exact day we would be born. He put us in the family we were born or adopted into, and He has a reason for everything that happens to us.

Each one of us is destined to a life of eternal significance. Our lives are much bigger than they appear to be right now. God has big plans for us all. Birthdays celebrate the beginning of you, and you will go on forever. That’s a pretty big deal. We will have jobs to do in heaven. We will represent God’s kingdom and who knows how far reaching that is? The unfathomable expanse of the universe may give us an idea.

Truth is: if we could get this kind of vision and perspective on others (not just ourselves), we would bring a refreshing wind of God’s glory into this terribly divisive and vitriolic morass we seem to have sunken to in society. If we saw each person as so much more than their opinions, we could make a mark on this world, and I believe lead people closer to the truth about God’s will for them.

5 Responses to The frequently overlooked significance of birthdays