Here’s to the notorious sinners 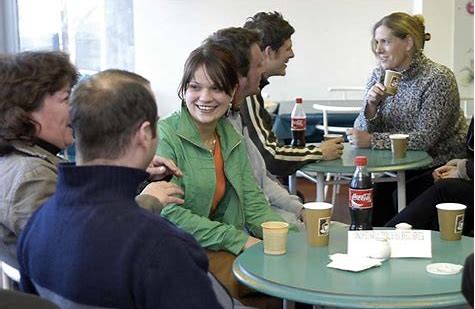 Tax collectors and other notorious sinners often came to listen to Jesus teach. This made the Pharisees and teachers of religious law complain that he was associating with such sinful people—even eating with them! Luke 15:1-7

What a ragtag, motley, mixed-up slice of humanity Jesus dragged around with him! First, you have the disciples, who were just a group of fishermen and a tax collector. Then there’s another group of ordinary folks — what we might call blue-collar people. Trailing behind would have been the sick and the infirm. Cripples, beggars, the blind and lame, hoping for a healing touch. Near the front with the disciples would have been some wealthy women who were helping fund Christ’s ministry, and then maybe a few business owners — merchants — what we would call today white collar. And then there are a few curious tax collectors and notorious sinners who are mentioned here. Maybe a few off-duty Roman soldiers who want to know what all the fuss is about. Finally, off to the side and careful not to be associated with the bulk of the crowd, would have been the Pharisees looking on in judgment of Jesus and all these people. But the people they were judging were those who would eventually change the world.

And where was Jesus? Somewhere in the mix with His disciples around Him either teaching or healing or perhaps just carrying on a conversation.

Jesus calls these people “the lost.” They are the ones He came to save. There is something drawing them or they wouldn’t be there. Maybe it’s just curiosity, but I believe it’s more. These are the people who can’t get enough of Jesus. They can’t help it; they’re hooked. They are amazed at the way Jesus speaks and what He says when He speaks. “For no one can come to me unless the Father who sent me draws them to me” (John 6:44). These are those being drawn.

It’s just as true today. People who are lost are often drawn to Jesus. They don’t know why, but we do. The Father God is doing it. It makes our job of being ambassadors of reconciliation easier, because we can usually tell when someone is being drawn. We aren’t talking anybody out of anything; we are helping them along a path they are already on. You leave clues along the way and see if they pick them up. Mostly it’s found in conversation. Do they want to talk about Jesus? Are they curious? Are they asking you any questions? Is there resistance? Sometimes you can even feel barriers coming down. The main thing is to simply talk about your own experience with God. If there’s interest, tell more; if there’s not, drop it. The important thing is you are never alone when you are talking to an unbeliever about Jesus. The Holy Spirit is all over it.

The tax collectors and notorious sinners came to listen to Jesus teach. That’s a huge step right there. Do you know anyone like that?

4 Responses to Here’s to the notorious sinners