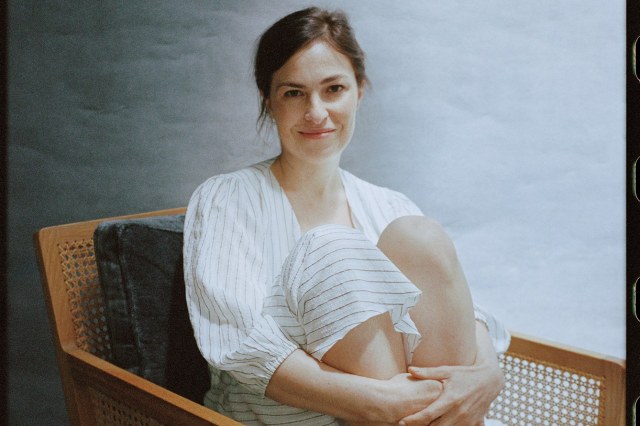 This is a picture of Lisa Brennan-Jobs. She is the daughter of Apple founder, Steve Jobs and his high school sweetheart, Chrisann Brennan. Steve and Chrisann had an on-again off-again relationship throughout the seventies but they were never married. Lisa was a product of that relationship, born on my birthday in 1978. She has a book coming out next month titled Small Fry. The book is a memoir of her endeavor to find herself while being raised by a struggling single mom amidst the huge success of her father, who viewed her as an unfortunate blot on his otherwise ascending persona. I came upon this story through an article in Vanity Fair magazine, “Growing Up Jobs” which is made up of excerpts from the book.

At least in the excerpts, this is a story of a search for self. When your father at best believes you are a mistake, and at worst doesn’t even believe he’s your father, you look for anything you can hang your identity on, especially when your father is so famous. It turns out a key element of that search focused on the first computer Jobs designed which he named the Lisa. She remembers telling friends at school that her father was famous and that he had named a computer after her. Problem is, her father denied that, claiming the name stood for “Local Integrated Software Architecture” or LISA.

Lisa, desperately looking for some way to ground her identity, refused to accept that. Once she asked her father straight on if the computer was named after her and he flatly denied it. Even though, like her, the Lisa computer was a mistake, it still would mean the world to her that, at the time of its creation, her father, creator of the Apple brand, chose to name his first computer after her.

The turning point of this story came when Lisa was twenty-seven and she was invited to go with Steve and other family members on a cruise in the Mediterranean. Steve mentioned one day that they were going to meet a friend for lunch who was vacationing in a nearby villa. That friend, unknown to her until they got there, was U2’s Bono.

At one point, Lisa related that Bono asked if Jobs knew when he was working on the Apple computer that it was something big and he was going to change the world. Steve said he did, as did Bono when they were working on their early albums in the studio. And he added, “Wasn’t it incredible that people in such disparate fields could have the same experience?” And then, seemingly out of the blue, Bono asked, “So, was the Lisa computer named after her?”

Lisa explains in her book how she braced herself for the answer, which was a while in coming while Steve stared at his plate. “Yeah, it was,” he finally said, and Lisa sat up in her chair. “I studied my father’s face,” she writes. “What had changed? Why had he admitted it now, after all these years? Of course it was named after me, I thought then. His lie seemed preposterous now. I felt a new power that pulled my chest up.”

So why am I writing about this? Aside from the fact that I was moved by this story, there are two reasons. One, I was pleasantly surprised to see Bono show up at the end, and am amazed that he asked the question. How could he have possibly known how important this moment would be for Lisa? Here’s what I think: I may be wrong here, but I think he was following the unction of the Holy Spirit. I think the Lord put that question into his mind. Jesus loves to do things like this through people who are following Him. He was certainly in tune and listening to the moment.

Secondly, I’m intrigued about why Steve Jobs had to tell Bono the truth. Lisa claims it had something to do with their shared fame and influence, “as if famous people needed other famous people around to release their secrets.” But I think it’s more than that. I think it has to do with Bono’s spiritual integrity. Regardless of Steve’s religious bent, which I think was in the Buddhist camp, he knew Bono was a man of God. Might as well lie to God. He couldn’t.

I doubt Bono was aware of any of this. This is simply an illustration of the myriad of ways God can use us in the world when we are available to His leading.

Postscript: Look again at the picture of Lisa. This is not the picture of a person who is still seeking self-awareness. She’s done with that. She’s grounded. There is something about the expression on her face that tells me you could probably tell her anything and she will tell you everything. It’s kind of cool to know that a fellow-believer played a role in that.

One of our Catch members is asking our help in finding her granddaughter, Anita Catherine Herrera, who is an at risk teenage runaway.
Anita was last seen around 7 on Wednesday evening, July 11, on the 9700 block of Snowdon Avenue in Bakersfield.
Anita is considered to be at-risk due to medical reasons. She requires daily medication.
It is feared that her boyfriend may have influenced her choice to runaway and may be preventing her from contacting her family.
Anita’s family implores anyone with information regarding Anita or her location to call the Bakersfield Police Department at (661) 327-7111.

5 Responses to No small fry