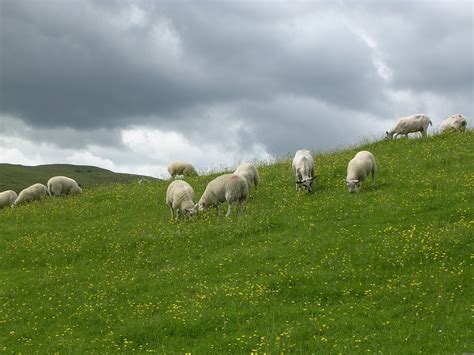 I am the gate; whoever enters through me will be saved. They will come in and go out, and find pasture. John 10:9

My correction to those of you who attended church last night. I totally messed up the biblical reference for this verse. I had the chapter right but I had the wrong book (Matthew) and the wrong verse (:30). I guess one out of three isn’t bad. In baseball, it’s terrific; you’re hitting .333. But in trying to find a scripture reference, it isn’t good at all. You need to bat 1.000 to find the right verse. So here it is: John 10:9. Sorry if I led you on a wild goose chase.

So now that you have the right verse, let’s talk about it again. The unique thing about this verse is its mention of the freedom to move in and out at will. In and out of what? The sheep fold; the pen where they keep sheep when they are not out in the pasture. Jesus is the gate, which would indicate He is the way into this safe place, which could mean the church, the Body of Christ, or even the kingdom of God. It could be all of these things. It could be the kingdom of heaven which Jesus talked a lot about. It’s a place where Christians are gathered together and it implies a safe place.

When Jesus was telling the parable about having 99 sheep in the fold, but one was out, lost, the implication was that the 99 were safe. Nothing was going to harm them. He didn’t have to worry about them; He could go out after the one that was lost. He’s still doing that. I bet He’s more “out” than He is “in,” because He came to seek and to save that which was lost.

“In” is pretty obvious, but what is “out?” “Out” is everywhere else. It’s generally what we call the world. It’s outside the fold. It’s where we may feel we’re not safe, but that doesn’t seem to matter to Jesus. He’s out too. He is everywhere. So we are with Him wherever we go. There isn’t anywhere you can go that Jesus isn’t there. We don’t bring God to the world, we join God in the world. We go in and out freely.

Last night we had “church” out in the world. I was sitting on a lush green carpet of grass, leaning up against a beautiful tall palm tree stretching to the heavens and the blue, blue sky. Over my shoulder were the green letters “STARBUCKS” with tables and chairs outside, even a comfortable couch, with people sitting and chatting and children playing around a fountain of cascading water. That is as worshipful a setting as any church building I’ve been in, Starbucks included. I’ve been worshiping God at Starbucks since 1978. And next time we will go meet some of those people and find out what God is already up to in the world.

And you can find the same thing at any Johnny’s Cafe. Pasture. People in God’s image. Food. Music. Chatter. Life. Laughter. Out in the world. Away from the fold. People God is looking for through us. They will come in and go out, and find pasture.