But for this death 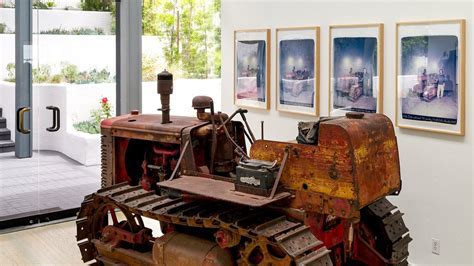 We’re about ready to close the book on Arnold. The Memorial Service will be two weeks from tomorrow at Laguna Presbyterian Church. At Arnold’s request, I will be bringing the message.

Attendance could be significant. Arnold was a rather well-known public figure in his day, especially in local politics here in Orange County. He is responsible for a number of innovative marketing techniques that got people elected and propositions passed. Some of those tactics were particularly cutthroat which made him as many enemies as friends. He was not the kind of person to care what people thought of him. There’s even a 2014 article in the New York Times about their unusual contemporary art collection which includes a 5,000 pound rusted bulldozer in the entryway of their home. “This will shock everybody who comes into the house,” Arnold is quoted as saying, four years ago. “It’s not your normal picture on the wall.”

It will be an interesting service because I do not know that Arnold — the one most people will talk about and remember. I only know the Arnold humbled by his physical condition, sweet and tender to his wife, and searching for God. My memories will be of a person literally no one in attendance knew. They may wonder who I’m talking about — whether I’ve got the right guy. It’s going to be a powerful story and a glorious opportunity for the gospel. Memorial services are never for the person who died, anyway. Their book is closed. It’s about all the people who are still alive, who have to deal with the loss and the fears and questions they have about the hereafter that they would rather not face, but for this death.

This is why I like funerals and memorial services so much. They force the issue. This is when we who believe speak with confidence and boldness about faith, eternity and hope, and not like some, who aren’t sure about the resurrection, and who rattle off some vague notion about handing off the baton of life, the runner in question having given up on the race. This is solid and real — a tangible hope in the midst of doubt and fear. There is even joy, knowing we will meet again on the other side.

Yes, we’re closing the book on Arnold without remorse, because Arnold’s name is already in another book — the one that will be opened by Jesus on the last day. It’s the Lamb’s Book of Life and Arnold’s name is in it, as is yours and mine, if we believe. 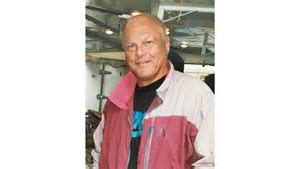 This entry was posted in Uncategorized and tagged death, eternity. Bookmark the permalink.

8 Responses to But for this death