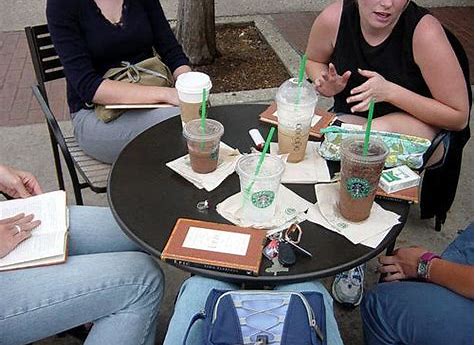 Think about the amount of trust in the Holy Spirit there had to be in the formation of the early church. Especially after the persecution scattered believers all over the region. Groups of believers were springing up everywhere. All of them were preaching the Good News about Jesus (see yesterday’s Catch) and people were being added daily to the faith. It would have been impossible to monitor all those groups. These were not Bible Study Cell Groups with a form of centralized leadership. There was no curriculum. In most cases there wasn’t even a Bible. Later on Paul would write his letters to the young churches, and I’m sure those were copied and passed around, but in the beginning the church was made up of informal groups of people meeting in homes many of them separated from sanctioned leadership.

I have a feeling it was something like this that the Lord had in mind for the church all along — an organic group of people coming together to pray, share whatever they knew of the Apostles’ teaching, eat together, meet each other’s needs, and remember the Lord’s death and resurrection until He returns. Buildings and budgets and bishops were nowhere in the original plan. I know that sounds pretty loosey-goosey, but that’s why the Holy Spirit was holding it all together. The Holy Spirit was very real. Is church a praise band and a sermon, or four or five people around a table at Starbucks?

Marti has a discipleship group with three other women on Tuesday nights over Google hangout on the Internet. I’ve walked in on the tail end of this a number of nights and I can tell you it’s the closest thing to church I know. They are learning and growing, crying and laughing, and depending on the Holy Spirit through each other’s gifts. You can go to a megachurch and never have this. You can go to an ornate cathedral and never have this. This is why we’re in Acts — to get back to the beginning. It’s renewal time. It’s honesty time. It’s raw. It’s real time. It’s strip down to the basics time. It’s what we want. It’s what the millennials want, and I believe it’s what the Lord wanted all along. Whatever else we have that has come to identify “church” are the trappings of church we’ve created over the years — none of it biblical, most of it cultural. Even what we have on Sunday nights on Facebook is closer to the Acts church than what you can experience an hour a week in a typical church service today. If you don’t need the Holy Spirit to hold it together, then it’s held together by something else that will not benefit anyone in the long run.