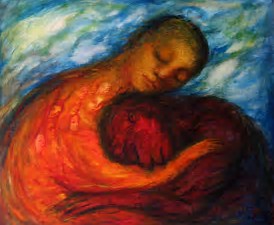 And he said, “Yes, it was written long ago that the Messiah would suffer and die and rise from the dead on the third day. It was also written that this message would be proclaimed in the authority of his name to all the nations, beginning in Jerusalem: ‘There is forgiveness of sins for all who repent.’ You are witnesses of all these things. (Luke 24:46-48)

Sandwiched between the news of Christ’s resurrection and His promise to return is the heart of our message to the world. It has not changed since the church began 2,000 years ago. “There is forgiveness of sins for all who repent.” Forgiveness of sins. Could there be any greater message, since we are all sinners to start with?

Over the past forty years the church has been known for several messages. Things like family values, pro-life issues, the marriage amendment, morality (as in the moral majority) and social conservatism have moved in and out of center stage. As important as these things may be, none of them are central to the gospel like forgiveness, and none of them were part of the message of the early church. And yet what are we known for today? Are we known for talking about and/or offering forgiveness? Not usually the first thing that comes to mind. Whereas, if we had taken up the mantle of the early church, it would have been.

It is time to change this — time to make the forgiveness of sins our core message. This means we will be empathetic with sinners, honest with our own need for forgiveness, grateful for a gospel of grace, non-judgmental towards others, full of grace and mercy, and humble over our own undeserved salvation. In other words, when forgiveness is at the center of the message, you have a different kind of Christian — not one who is trying to press the culture into change, but one who is being pressed into change by becoming vulnerable to God’s law, God’s mercy and His forgiveness.

Forgiveness: so few are wanting to give it; so many need it.

This entry was posted in Transformation Generation and tagged forgiveness, Never Ending Story. Bookmark the permalink.