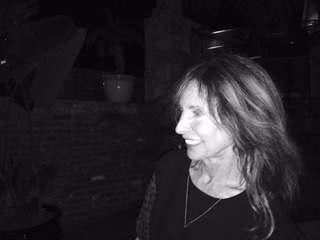 It’s truly ironic that the Catch I wrote yesterday in which I revealed that my hesitancy to share a Catch with my wife usually means it’s not that good, is one that you wouldn’t have seen, had I shared it with her first. And as I look over that Catch today, I realize why. It carries an undertone that Marti is not as smart as me, but I need to treat her as if she were, anyway. It’s horribly placating in tone.

In truth we’re talking about someone who, upon becoming a Christian in 1970, immediately found and received seminary training, who led countless people to Christ as she shared her faith on the flights she worked for United Airlines, who started an international organization which provided fellowship for Christian airline personnel and a means of sharing the gospel with their co-workers, who raised millions of dollars as a fundraising executive, who organized and directed part of Michael Jackson’s Super Bowl halftime show, who built a successful business partnership that provided the down payment for our house, who founded Women of Vision in Orange County, California — a program that is now in cities throughout the country, who organizes and operates the Catch (if she can get me to cooperate), who has counseled many of you, and who has discipled numerous women including the group she is leading now. (And this is a very abbreviated list of accomplishments, by the way.)

No, I wasn’t just placating her by saying she was smarter than me. She is smarter than me, and whatever she lacks she finds out what she needs to know. In this, she regularly puts me to shame.

Most of all, however, Marti is a visionary. She sees ahead and she leads the parade for any who are willing to follow. We’re about to embark on a bold new study which Marti is designing and I will be implementing. That is, if I can keep up with her. Keep your eyes on the Catch; this is going to be an exciting couple weeks.

(Note: I would love for you to write me if your life has been touched in some way by Marti.)

This entry was posted in Uncategorized and tagged Empowering Women, relationships, Women of Vision. Bookmark the permalink.