A tragedy for the Prince 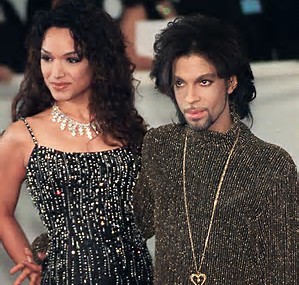 I recently read a tragic story about Prince’s first wife, Mayte Garcia, and how she is writing a book about her relationship with the famous singer, and how he could never get over the loss of their son which also ended up terminating their relationship. Their son Amiir, was born on October 16, 1996, with a rare genetic disorder, Pfeiffer syndrome type 2, in which bones fuse early, preventing normal skeletal growth, especially those in the head, hands and feet. The disorder can cause the eyes to form outside the sockets or the hands and feet to appear webbed.

When she developed complications during the pregnancy, a doctor suggested she undergo an amniocentesis, and Prince had said, “No, we’re not doing that.” A deeply religious person, Prince prayed with his wife regularly for the child, and his stance didn’t change even when ultrasounds revealed possible abnormalities. “I’m totally fine with that,” the singer reacted, apparently prepared to love this child no matter what. Certainly a good beginning.

The chid lived for six days. “I don’t think he ever got over it,” Mayte told People in an interview. “I don’t know how anybody can get over it. I know I haven’t.”

The real tragedy of this story was a misunderstanding about God which colored this whole story making what was already a tragedy even worse. It is a typical human assumption that we have had something to do with horrible events like this over which we have no control. God is punishing us for some sin we committed or wrong we have been perpetuating. This is what happened with Prince, and why he had to walk away from his relationship with Mayte as well because it was all too painful.

It made me so sad and angry to read the harm done by a misunderstanding of the nature of God. Instead of receiving this child as God’s punishment, they could have received him as an opportunity to learn about and exercise God’s love and mercy.

Imagine if you could put a physical manifestation on the twisted reality of our sin nature, what we must all look like to God, and yet in His mercy, He loves us — even died in our place that He might have a relationship with us. He has embraced us in our ugliness and actually sees us a beautiful in His eyes. This is the true nature of mercy; it loves us at our worst, and to be loved this way also teaches us to love.

Reading about this made me wish I could have somehow gotten to Prince before some other religious people did who confirmed his belief about God’s punishment, making everything worse. False teaching is a devastating thing especially when it takes away what is so beautiful and redeeming about our God.

Amiir was a gift to be cherished like any other child, and not assuming this would be easy, or that we could even do it … learning that lesson would certainly have to make you into a different person, and make you look at everyone else differently. It makes me want to read Mayte’s book and find out what she learned.

Maybe there is someone you know who could be encouraged by this message before something more tragic happens, as it did with Prince. And perhaps we all could learn something about loving the way God does.

This entry was posted in Uncategorized and tagged Dealing with tragedy, mercy, sin and mercy. Bookmark the permalink.

3 Responses to A tragedy for the Prince