To the restroom (or heaven) and back 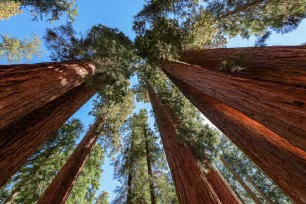 Chandler and I spent three days and two nights of this Memorial Day weekend camping and fishing in and around Lake Isabella and the Kern River near Bakersfield, California. The trip had one setback for me in that I forgot my medication that keeps me from having to go numerous times to the bathroom during the night.

Now when you’re sleeping in a tent in a campsite, that can lead to numerous somewhat embarrassing complications primarily due to the fact that the restroom is a bit of a hike away past other people’s campsites requiring you to climb out of your sleeping bag and don jeans and shoes, grab a flashlight, zip open the flap on your tent door (which in the dead of night can sound like something that could wake the dead), zip it closed, and make your way to the restroom and back where you have to do everything I just mentioned in reverse, only to wake up an hour later and have to do it all over again. The only way to avoid this routine is to creep outside your tent in your skivvies and t-shirt in 40 degree temperature and relieve yourself behind a tree or bush and hope no one sees you. Sometimes the immediacy of the moment forces you to use the later method.

After our first night, we got kicked out of our site near the lake because we didn’t have a reservation, but that turned out to be a blessing because it forced us to travel up to a higher elevation among the big Sequoias which provided more seclusion, plus the campsite was far from full. I slept longer between visits that second night.

Chandler is such a sound sleeper, he slept through most of my ordeal, which is a good thing since it might have put him in a bad mood. As it was, he was getting into a bad mood until we settled on our second night in the forest. He liked the second camp because he had a deeper spiritual sense among the big trees than in the lower, and dryer, elevation around the lake where there were hardly any trees at all. In spite of my difficulties and catching only one fish, our trip was a great success in my book because of the conversations we had around the fire or while driving. Conversations with Chandler are few and far between so I was hoping for this, and it was one of the main reasons Marti supported this trip. He doesn’t let either one of us in very often.

Chandler is deeply spiritual yet in a different way than we are. His knowledge is primarily intuitive. I truly believe he is being taught by the Holy Spirit without knowing it. He doesn’t read well, and he doesn’t respond well to rote teaching from the Bible, so I have learned to listen up when he talks about spiritual things and carefully interject truths along the way that apply to what he is saying.

Chandler believes that we will see the end of the world in his lifetime, and that God is going to use him to save many people. That second part is precisely what we have been praying for since he was born, and the first part confirmed what we are sensing from this current generation of millennials — that we are in an apocalyptic age. It’s pretty exciting. I haven’t felt this way since the Jesus Movement.

Chandler’s spiritual capacity is huge and I am learning to trust it more and more. I worry some about his need to be grounded in the scriptures, yet his visceral sense of the truth keeps turning out to be right on. So much so that he instructs me in many ways. It’s very humbling. He’s an old soul who at 17 talks like he’s been to heaven and back a few times, and who am I to challenge that, especially when the closest I’ve been to that are my trips to the restroom and back?

I share this with you for a couple of reasons. We have a younger generation that is spiritual in a different way than we are, and in many ways are more spiritual than any generation since the 1970s. We need to learn to trust them and listen to them and not try and force them into our idea of spirituality. And I share this with you because it is an illustration of how we need to learn to talk to anybody about the truth. Don’t wait to talk and tell them everything you know. Find out what they know, learn from them, and agree with them when you see an opening. Chandler and I ended up discussing the Tower of Babel and the tree of the knowledge of good and evil, among other things, but if I had gone, “Okay open your Bible to Genesis, we’re going to learn about the Tower of Babel today,” it never would have happened.

So look for times to talk. It may necessitate a change of scenery. It could mean a few trips to the restroom and back. Whatever it takes, it will be well worth it. 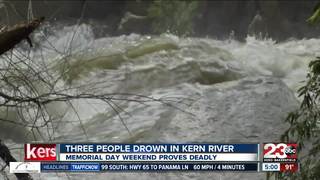 [Note: The area where we were this weekend in and around the Kern River was in the news this morning. Three people lost their lives in that swollen, raging river this weekend right near us. Pray for their friends and families today, and pray for safety this summer. We’ve had so much snow in the higher elevations that the run off is huge, and will only increase in the coming weeks. People naively think they can manage the river from the way it’s been the last 15 years, but this is an entirely different animal, and a very mean one at that.]

[Another note: Our sincere apology for missing church last Sunday. The extra holiday and our trip threw us both completely off and we never realized it until I got home late Sunday.]

This entry was posted in Uncategorized and tagged Millennials, spiritual growth, the Holy Spirit. Bookmark the permalink.

1 Response to To the restroom (or heaven) and back