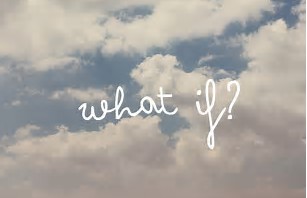 It’s Easter week. We’re going to do something a little different. We’re going to call this “What if?” week. We’re going to ask questions about things we already assume are true — and some we may not have even thought of before — and look at them again in fresh light. Often we don’t really think through enough what we believe. Is faith like that? Do you just believe a certain number of important things and then go on your way with that thing settled? Or are you constantly being stretched by the ramifications of what you believe? Is it a sign of lack of faith to ever wonder about some of the obvious things? Don’t we have to keep thinking it through? Don’t we have to keep on asking questions? Is that okay? Is that healthy?

So where do we start? With the obvious.

Would He have enemies or friends or both? If everyone knew He was God, how could He do anything? Wouldn’t He have people all over Him all the time? They wouldn’t give Him a chance to sleep or feed Himself.

Would He ever kick a soccer ball or try to ride on a skateboard? Or play on a team, and would they always win? Would He be sore afterwards, or wear a blister from His sandals?

Would He always be serious? Would it always be like: “Be quiet, God is speaking”? Or would He laugh? Would He listen? Would He care? Would He tell a joke, or laugh at yours?

What if God came to earth and walked among us? Who would watch the shop while He was gone? Would He run things from here? Would He set up God headquarters on earth?

What would be the point of God coming to earth? To be one of us? To find out what it’s like or to accomplish something? If so, what? Would He show us how to live so we could be like God? But how could we ever be like God if we weren’t God, too?

And how would it end? Would He die or would He just go on living forever?  And if He died, would that be the end of God?

What if God came to earth and walked among us? You tell me. Reply with your own questions. There should be a myriad of them. Reply however you want — privately by replying to this email, or publicly by commenting below or on Facebook. And let me know what some of your “What if”s are.

This entry was posted in Uncategorized and tagged Easter, questioning, What if?. Bookmark the permalink.

4 Responses to What if?