What do we have in common? 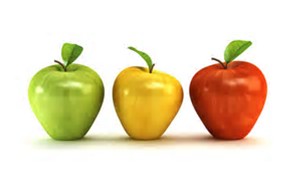 Continuing our deeper discussion on bridge-building is discussing the concept Look for what you have in common. This is pretty self-explanatory, but it’s harder than it looks. It relies, as all parts of bridge-building do, on the last concept about being eager to listen. It’s only as you get the other person to talk that you can find out what you might have in common.

Bridge-building is all about connecting and you can’t connect over what you don’t know, so you have to get good at questions and at getting someone to talk. Show an interest in what they want to talk about even if you aren’t interested. This is where faking it may be required — at least in the beginning.

Chandler and I have spirituality in common, but on entirely different terms. I’ve got to figure out what spirituality is to him and how he wants to talk about it, and if he doesn’t want to talk about it — which is more often the case — I have to figure out how else we can get to what is spiritual to him. Maybe it’s in a song, or a hike, or through photography, or another friend who can verbalize what Chandler can only get at with his emotions. Honestly, I’m still trying to figure this one out, but I do know that if I require him to accept spirituality on my terms, we’re not going to get anywhere. Listen. Listen. Study. Think. Listen.

Pam Mark Hall shared with us how she and her mother ended up in the home of a Mormon when she had to evacuate her home in Oroville for a few days because of the threatened breakdown of the Oroville Dam. There were a number of churches in nearby Chico that opened their homes to evacuees. Did it matter that it was a Mormon church that volunteered, and many of the members opened up their homes to their neighbors? At that point, do you turn it down? No, you accept, and in the process, you find out what you have in common, which Pam said was a lot. I think she even used the words “sweet fellowship.”

Marti still tells the story of how when I was first getting to know her, she had some of her apartment neighbors over and one was an atheist. The discussion had turned tense as some Christians were trying to argue with him, and I stepped in and suggested we start out by finding what we could agree on, and the whole mood changed. Take this approach and you might be surprised to find out people are closer to being believers than you imagined.

Hey … we’re all human. If nothing else, that is always a place to start.

This entry was posted in Uncategorized and tagged building bridges, common ground. Bookmark the permalink.

1 Response to What do we have in common?