A cold and very broken Hallelujah 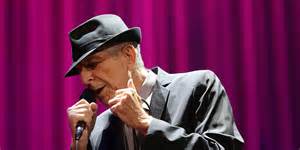 Leonard Cohen died last night at his home in Los Angeles giving us much to ponder today.

I was wondering what I was going to write about this morning when I opened up the paper and saw a picture of President Obama and President-elect Donald Trump laughing together in the Oval Office (the outsider is already in) during what was described as a surprisingly warm 90-minute visit. Further into the paper was where I found out about Leonard Cohen, an unbelievably great poet who was always reaching for the divine — and sometimes touching it. And then I went to my computer to go online and find out more about his death when the Google logo on my landing page reminded me that it was Veterans Day. Suddenly I had too much to write about, unless I found something in all three that would tie them all together, and I did. I found it in a cold and broken Hallelujah.

We can try and analyze this election to death in figuring out how it happened that most of the media and pollsters were wrong, and we’ll be doing that for days now, but the bottom line is, he won. Donald Trump is the next President of the United States. So what shall we do? Pray for him. Pray whatever God leads you to pray, but I’m going to pray that the realities and the weight of this office, and his unfamiliarity with how to run a country versus how to run a business (they are not the same) will humble the man and change him into an uncharacteristically compassionate leader. Why not? He’s here to stay, so why not pray that the demands of the job mold him into a better person? And as David’s pain over his sin with Bathsheba drew a Hallelujah from his lips (verse 2 of Cohen’s song), perhaps a Hallelujah is waiting somewhere in the White House.

Certainly broken Hallelujahs are fitting for all veterans we honor today, where the horrors and incongruities of war have broken bones, bodies, minds and relationships all over this country. One day can’t heal them all, but maybe a broken Hallelujah can still come forth from desperate lips. 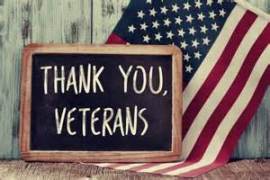 Hear this from a veteran who remembers what connects him to his comrades in a piece I call, “The memory of me.”

I now know why men who have been to war yearn to reunite. Not to tell stories or look at old pictures. Not to laugh or weep. Comrades gather because they long to be with the men who once acted their best … men who suffered and sacrificed … who were stripped away, right down to their inhumanity. I did not pick these men. They were delivered by fate and the military. But I know them in a way I know no other men. I have never given anyone such trust. They were willing to guard something more precious than my life. They would have carried my reputation … the memory of me. It was part of the bargain we all made … the reason we were so willing to die for one another.  – by Mike Norman

And finally, Leonard Cohen captures grace for all of us in this final verse of probably his most memorable song — a fitting eulogy for himself:

I did my best, it wasn’t much
I couldn’t feel, so I learned to touch
I’ve told the truth, I didn’t come to fool you
And even though it all went wrong
I’ll stand before the Lord of Song
With nothing on my tongue but Hallelujah

[Click on Leonard Cohen’s picture at the top of this page for a video of this song recorded live in London.]

7 Responses to A cold and very broken Hallelujah