On the revolutionary road

At the beginning of the Seventies, John, along with several others, shook Christianity to its base. They burst on the scene seemingly unknown to each other yet all with the same message. The message was about Jesus and how his gospel related to the deep, unresolved needs of their generation for love, meaning, community, peace and justice. The “Jesus Freaks” (as they were called then) melded the freedom of the sixties and the Jesus of the gospels into a new way of looking at Christianity. They epitomized the best of the best of a movement that vitalized the Church and blew fresh air throughout our culture.

Also blazing her own trail through those dynamic times was John’s future wife, Marti. She had became a new Christian as a flight attendant based in Los Angeles and immediately set out to tell everyone she could about the marvelous grace of her loving Lord. She’s just that way. Passionate, immediate, evangelically naive, and believing all things. When introduced to the Bible for the first time, she did what so many do when searching for a message from the Lord, she closed her eyes and pointed to a verse. Her verse? “Go into the whole world and proclaim the gospel to every creature” (Mark 16:15). Marti took that to mean that she, personally, was to take the good news of Jesus to every living creature on the planet, and she’d better get started.
To that end, she saw the airlines as bootcamp for the world, and set about spreading the word there, first. On each of her flights, she prayed for one person to introduce to Christ, and one Christian to encourage her. Then she bid the most unpopular trips — the short hauls — so she could get more of them in, and have the opportunity to minister to more people. And over the next three years, God never let her down on His part of the bargain, and she never failed Him.
And then what to do with all those people she was working with — flight attendants, pilots, ticket agents, mechanics? That was easy, form the Fellowship of Christian Airline Personnel — an organization that is still strong today, operating in all major airports with domiciles. So Marti was arranging for large gatherings where hundreds of airline employees would show up and she would have people that she ran into on her flights like Lane Adams or Barry McGuire, who had experience sharing the gospel with large groups, to come as speakers. (In Barry’s case, she had no idea who he was — he would have had a hit song in the top ten right then: “Eve of Destruction.” Marti didn’t know he was a singer; she’s not even sure he brought his guitar, and after you hear our must-hear interview with him Tuesday on BlogTalkRadio, you’ll see why he doesn’t need his guitar!) These events were hugely successful and many were added to the faith.
Soon, realizing she had to do something with all these new Christians, she started Bible studies and taught many of them herself.
So Marti has been on her own revolutionary path as has John, and when their roads converged, it was a powerful convergence. That convergence is still a force today, all these years later, and while the church and the Christian subculture have largely swallowed up the Jesus Movement, John & Marti have remained on the same trajectory. Jesus is still the story; Grace is still the means; and Grace Turned Outward is our action in the world.
Years prior to the incredible growth of the Internet, Marti was given a vision of a rope net, the kind that could catch a trapeze artist, and I as standing over it and it was supposed to have something to do with our future ministry. Little did she know that her vision had been that of the world wide web. Marti’s bootcamp training had gotten her ready for the world.
This is a long, exciting journey that has now birthed a community seeking to train, inspire and enable thousands through the Internet to stay true to the gospel and love the world without condemnation. Now it is no longer John & Marti, it is all of you. It is the Catch. It is your story and your path through the wide world and the culture we live in. (Look again at the faces on our Wide Angle video. Those are the faces of the Catch.)
And while we still have $5,000 to raise (and some of you may be tiring of this appeal), we need to remind you our coming back to you comes from your recommendations — the result of our questions after coming $19,000 short on our end-of-the-year giving. When we asked you to tell us why, you told us in large numbers, mind you, to keep coming to you with what the Catch needs: to set goals for you to strive for, to inform you of how we are doing, to give you more time to prepare — among other things. You even recommended a “Christmas in July” campaign so we didn’t have to compete with all the other financial pressures that come on us at Christmastime. (We had that on our calendar, but with Chandler coming home earlier than expected, and John’s operation, it was just too much.) And, get this: you asked me to teach a series on giving which I am setting up to do this very month. Just let us know, we’ll send you another copy of the complete Findings and Recommendations to examine.
So this is what we are doing — literally following your counsel. And, after our successful match campaign, we have only $5,000 left. That’s actually pretty remarkable. That’s all we need to even out our budget from last year and secure our foundation as we move forward. That’s all we have left of a $19,000 deficit. But we do desperately need it. So we ask that you consider a gracious gift before the beginning of the holiday weekend.
Remember it’s your Catch, your community, and we are on the revolutionary road.
(The video link below takes you to the contribution page.) 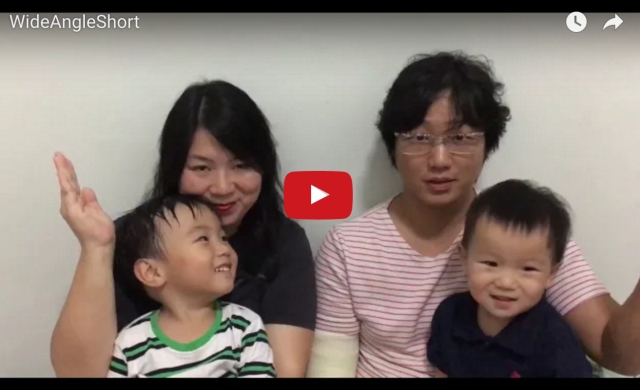 This entry was posted in Uncategorized and tagged gospel, Jesus Movement, revolution. Bookmark the permalink.

2 Responses to On the revolutionary road