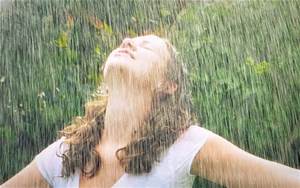 Step 2. Have come to believe that our means of obtaining greatness is to make everyone lower than ourselves in our own mind.

When I examine my actions
my life seems decent to me
But one look of lust
And you say I’m thrust
Into adultery
Or when I’m hating my brother
And putting him down in my head
The angry thought
Is like a rifle shot
He’s as good as dead.
from the song Hard Line, by John Fischer

Step 2 is mainly a detailed version of Step 1; it just shows in greater detail how we judge others, and most importantly, why. Judging is a manipulative, controlling way in which we gain and maintain our worth. Step 2 introduces the measuring aspect of being a Pharisee. A Pharisee is all about judging and measuring. A Pharisee is continually comparing himself or herself with other people. Life is a contest a Pharisee must win.

When Jesus talked about being a servant, about being the last one, about taking the lowest place, and being willing to lose — which was quite often — He was speaking directly to the Pharisees who applied themselves diligently to doing quite the opposite. If you have to always be on top of the spiritual ladder, then you will have to find a way of bringing everyone else down so you can maintain the upper hand.

This propensity to measure oneself against others masks a deep personal insecurity that perhaps, when all is said and done, we aren’t any better than anybody else. A Pharisee is not at all comfortable with that conclusion. A true follower of Christ basks in it.

Now, the Pharisees created a neat little system by which they were able to maintain the upper hand. They created a long list of rules consisting of nit-picky details no one else would care about, so that by following those rules they could then see themselves as better than anyone else who wasn’t following the rules or didn’t care. The beauty of this system is that no one else knows about this game or cares about it, so you are automatically better just by knowing. It’s all about playing and winning a game no one is even aware you are playing.

Jesus had an easy solution to this; He blew the whistle on the game. He raised the stakes. He reinterpreted the law as something internal, in the heart. He defined adultery as lust and murder as hatred in your heart. He said not to make a vow because you are going to break it. He said the poor in spirit are the ones who get the kingdom of God. There is no spiritual one-upmanship; we are all down, and the ones who realize that are the closest to God. They are the ones who are blessed. The sinner crying out for mercy is the one who gets his prayer answered.

You see, when all is said and done, we really aren’t any better than anybody else. This thing that the Pharisees feared the most is the thing that finally sets us free. To come to the place where we really are no better than anyone else is where we truly meet the Lord. To suddenly find yourself at one with the rest of the human race that desperately needs Jesus is a huge relief. It’s the rain of our religion falling down like weeping from the sky, and when it rains like this, believe me, turn your head to the sky and let it pour all over your face. It’s a good thing to lose.

This entry was posted in Uncategorized and tagged freedom, legalism, Pharisees. Bookmark the permalink.