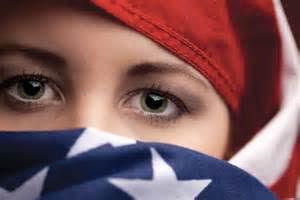 Most judges have a place from which they judge. Be it a throne, a throne room or a judge’s chamber, it is a place that takes on the mantle of authority. Disputes are resolved there. Sentences are determined. Justice is meted out. The decisions here are final. Deborah, the fifth judge in the Book of Judges to rise up and rule the nation of Israel (Gideon was the sixth) didn’t have a throne or a chamber. As indicative of this “homeless” season of Israel’s history — a history that had them alternatively captives of some neighboring Canaanite power or temporarily at peace due to the return of a judge to free them — Deborah’s rule was established under a palm tree, albeit a famous one that bore her name. “She held court under the Palm of Deborah between Ramah and Bethel in the hill country of Ephraim, and the Israelites went up to her to have their disputes decided.” (Judges 4:5) Need help? Go to the palm tree.

All Israel knew that God was with Deborah, so that when she finally persuaded Barak, a timid and indecisive general of Israel’s standing army, to attack the oppressive army of the Canaanites lead by the feared Sisera, it was only with Deborah at his side. “If you go with me, I will go” said Barak, “but if you don’t go with me, I won’t go.” (Judges 4:8)

“Certainly I will go with you,” said Deborah. “But because of the course you are taking, the honor will not be yours, for the Lord will deliver Sisera into the hands of a woman.” (Judges 4:8-9) That woman turned out to be Jael, our “woman of the Bible” three days ago.

Deborah was a prophetess, judge and warrior whom God used to rally His people against their oppressors. That makes her a patriot of the highest order. She was the “George Washington” of her people who led them in gaining and establishing their freedom. And as we in America celebrate our freedom this weekend, Deborah is a woman of the Bible that ideally suits our Independence Day.

For just as in our War of Independence, Deborah and Barak defeated an outnumbered and superior army with a ragtag group of volunteers. As indicated from the Song of Deborah:

In the days of Shamgar son of Anath,
in the days of Jael, the highways were abandoned;
travelers took to winding paths.

Villagers in Israel would not fight;
they held back until I, Deborah, arose,
until I arose, a mother in Israel.

God chose new leaders
when war came to the city gates,
but not a shield or spear was seen
among forty thousand in Israel.

My heart is with Israel’s princes,
with the willing volunteers among the people.
Praise the Lord!

The people of Zebulun risked their very lives;
so did Naphtali on the terraced fields. (Judges 5:6-9;18)

From a song I wrote while we lived in New England in the 1980s:

Deborah led her nation to freedom with God giving them the victory. We celebrate our freedom this weekend with a song of gratitude in our hearts. God got us this victory and gave us this freedom. May we use it better.

And as Deborah’s Song concludes:

“So may all your enemies perish, Lord!
But may all who love you be like the sun
when it rises in its strength.”

This entry was posted in Uncategorized and tagged Deborah, Independence Day, women of the Bible. Bookmark the permalink.