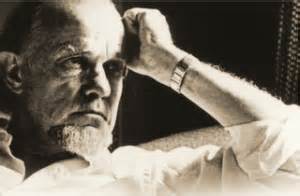 Few men have influenced me as greatly as has Francis Schaeffer, the late father of Frank Schaeffer, our BlogTalkRadio guest tonight. The elder Schaeffer was the first on a short list of evangelical leaders in my lifetime who were serious students of their culture.

Francis Schaffer’s books and lectures were lathered with secular novels, plays, and cinema and the world views represented therein. He was in many ways a voice crying in the wilderness because the evangelical world that spawned a subculture throughout the 1980s and even wrongly claimed Scheffer as their founder, largely rejected that model of conscious involvement in culture for one of a blanket rejection and the erection of an alternative, safer Christian culture with a head-in-the-sand approach to cultural involvement. My guess is that were Schaeffer alive today, he would have some serious head butting to do with those who claim him as their hero.

If Francis Schaeffer knew he would be considered the father of the religious right, he would claim that relationship was illegitimate. Check the DNA and you will find out Schaeffer is not the real father. Schaeffer’s DNA is full of compassion for a lost generation. He studied the philosophers and thinkers of his day not to prove them wrong, but to understand their lostness — to be gripped by the tragic results of their presuppositions so as to climb into their shoes and see the world through their eyes. His motivation for conscious involvement in culture was to hear its heartbeat — to understand it was seeking truth as every generation has in its own way, and to be gripped by that understanding so as to be better motivated to enter the discussion in the public square and better equipped to not only share the gospel, but to know how to share it.

Schaeffer’s life’s work was an embodiment of Paul’s experience in Athens where he observed the Athenian pagan culture closely, reasoned with their philosophers in their “house” and on their terms, and attached the gospel story to their own story as they expressed it. He learned the language of the culture, listened for the questions they were truly asking, and related the truth about Christ to their own personal needs as he embraced them.

The evangelical culture that followed Schaeffer’s lead totally missed this important aspect of his message and his work in that it called for a blanket rejection of culture as having no possibility of redemption. In no more than a decade, Schaeffer’s compassionate voice was completely drowned out by a condemnatory one. It was only because in the closing years of his life’s work and ministry, Schaeffer saw where the dangerous trends toward abortion and euthanasia were leading, socially, and, at the encouragement of his son who saw the opportunity to seize the day politically for the religious right, came out publicly against abortion through a film series Frank produced called How Shall We Then Live — a move Frank sorely regrets and something we will talk about tonight. So in relation to that one issue, Francis became an unlikely evangelical hero. Would that all who espoused his anti-abortion stance could expose themselves to the body of his work over three generations, of which this one issue is such a small part.

So as our Catch today, I want to remember the compassion of a man who had more reason to judge the world than most of us, based on his understanding of it, and yet he chose to cry for it instead. As Jesus wept over Jerusalem, likening his feelings for it as a mother hen would gather her chicks around her but they would not come, Francis Schaeffer wept over the world. This is the only way to feel about anyone who is not a Christian. There is no other way. They are lost like sheep without a shepherd and chicks without a hen.

This entry was posted in Uncategorized and tagged compassion, Francis Schaeffer, the lost. Bookmark the permalink.

1 Response to Learning to cry