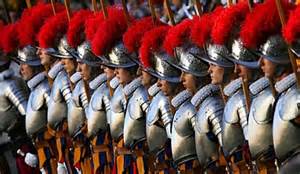 I found out why Marti and I are so right, I mean so wrong, I mean so left of, or right for each other.

Don’t you like those psychological systems that come along ever so often and lump people into never any more than four groups? How we run to them and find one of the four that perfectly explains us? First there was the temperaments (I’m a melancholy married to a phlegmatic), then the colors (remember: What’s your color?), then the right brain/left brain people came along and simplified it all into two groups, and here’s the real deal: I bet every marriage has a right and left brain married to each other. It’s the way we work. Opposites attract; or you could also say that we are all trying to complete ourselves. Who wants to live with another version of you?

I suppose some do. At least I find most people are married to someone enough like themselves to at least have a few things they enjoy doing together. Marti and I, however, are off the charts different. We don’t take psychological matching tests anymore because we did once and found out we should never have been married. We are so different that when we fire together we are a powerful force, but when we are not, there is a question as to whether one of us might not live through another day.

Take the right brain/left brain phenomenon. Of course none of us is entirely one or the other, but a combination of strengths and weaknesses. The playful part of you in the right side might decide to roller-blade to work. The left side will make sure you get there safely and by a good route. The right side is where you find such things as music, art, poetry, and magic. It’s where an actor might find the motivation for a certain reading of his lines, but the left is where he finds the means to memorize them.

I say no one is completely one or the other, but my wife is the closest thing to all right brain as anyone could ever get. In fact, we think we may have found her left brain cell the other day which may mean she has used it all up on that moment, looking for it.

Aha! There it is: the source of our problem. Marti is asking me to follow the impossible. No wonder. And no wonder she’s always talking about conflict as being good. You can’t know her without conflict, but she’s right about this: Conflict is good.

Here’s the point: we all have to figure out how to live together when we are so different. That means we have to learn to appreciate the different. Resist the same, because that turns us into like groups and factions with the wrong idea about what peace is. Peace is not what happens when everyone is the same; it’s what happens when different people appreciate each other for who they are and what they are missing.

This entry was posted in Uncategorized and tagged diversity. Bookmark the permalink.

6 Responses to Appreciate the different