Checking for the fear factor 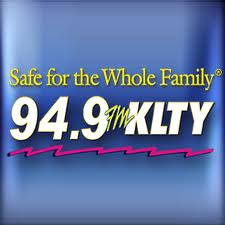 In this season it is good to check your emotions.

There are two that are especially prevalent, and seem to grow as political activity increases. Neither should be found as a motivator for a follower of Jesus Christ. I am speaking of the emotions of fear and anger.

I became aware of the presence of fear especially among Christians some years ago when I realized how strong the desire for safety was in the Christian subculture, and how it was the driving force behind much of what is now without a doubt a multi-billion dollar industry providing signature goods and services to Christians who desire a safer alternative to what the world has to offer. As pioneers in what came to be known as “Christian” music, we had no idea how widespread the Christian label was to become.

At first I was excited about how fast this was developing, but I quickly became aware of something sinister lurking underneath this fast moving market. It was the need for safety, and underneath that, the dominating presence of fear.

Today, the Internet is a feeding ground for fear. Conspiracy theories, rumors, false stories, and promises for protection roam cyberspace looking for fearful hearts to exploit. Some ask for money, others sell a safer alternative. Both ministries and politicians regularly succumb to the knowledge that the quickest way to someone’s wallet is to make them afraid and then offer them something that will alleviate their fear. Think of how many appeal letters follow this pattern.

My encouragement to you is to be on guard for the fear syndrome. You’ll find it everywhere: in political ads, in sermons, in Christian radio and television – anywhere someone is trying to motivate people to do something. Fear makes one turn in towards the self, circle the wagons, and run away from the world that Christ sent us into. I can say without question that if fear is anywhere in a proposal or a motivation, the enterprise is outside the Spirit of God. God has not given us a spirit of fear, but of power and love and a sound mind.

1 Peter 3: 14-15 says this: “‘Do not fear what they fear; do not be frightened.’ But in your hearts set apart Christ as Lord.” The alternative to fear is the presence of Christ in someone’s heart. Perfect love casts out all fear.

Let’s check and make sure the right thing is motivating us. Jesus wants us in the world, not running away from it. He knows it is dangerous, that’s why he prayed for our protection when he was here (John 17:15): “My prayer is not that you take them out of the world but that you protect them from the evil one.”

With Jesus in our hearts, and the Holy Spirit surrounding us, what else do we need?

12 Responses to Checking for the fear factor